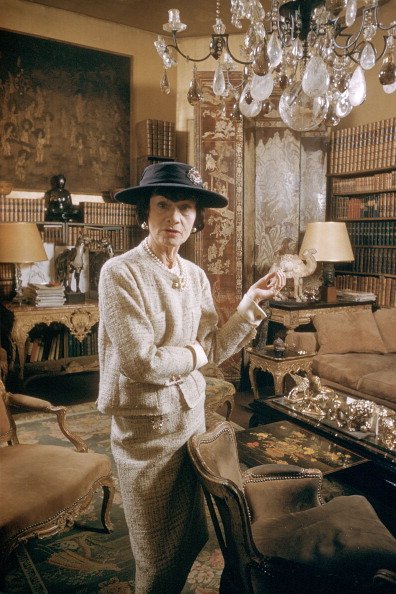 English version | The plasticity of being

There are no two identical bodies, and not all move the same way. But they all move with the same strength. That’s why each of them, in their own way, has its special charm. 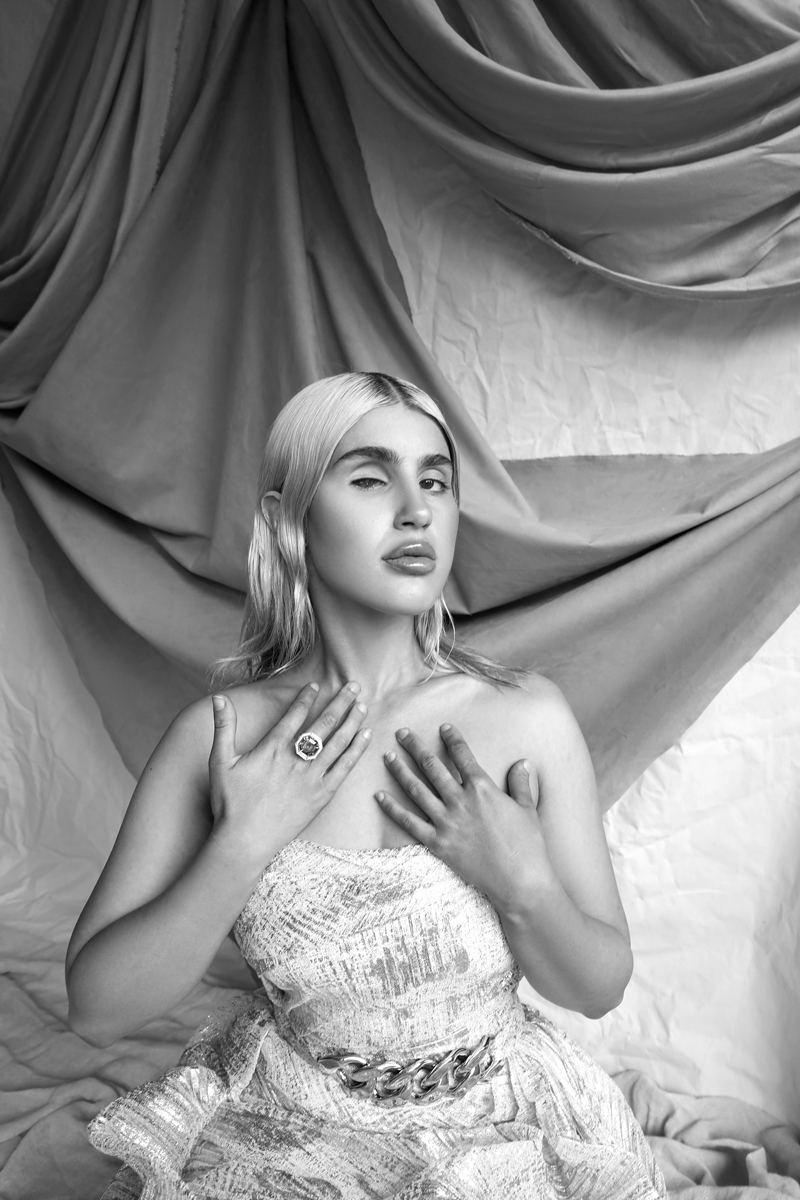 Chance took her eye: at 12 years old, she had an eye test done, out of jealousy of her sister’s new glasses. The optician saw a dark mass in her right eye and Olivia was directed to several hospitals. The model, who is now 24, was diagnosed with a rare form of retinoblastoma, since this cancer is more common in children up to five years old. After two years doing chemotherapy, Olivia ended up having to remove the eye. Now, she faces the experience with a positive perspective - she can share it with others and help normalize the physical differences among us. Actually, even though she has a prosthetic, she doesn’t refrain from taking pictures without putting it on. In the end, it’s the body she has and will have forever. Olivia believes that we all deserve to feel good in our own skin, and that’s one of her big goals: to help prevent bullying and give her contribution to citizenship education.

We’ve all heard stories about overnight changes, and Sonia Vera’s is one of those - in 2016, the model and entrepreneur woke up paralized. Sonia’s life has two chapters: the venezuelian describes the first as “glorious” and the second as “epic”. After a long career that started in the Miss Venezuela pageant, went through Hollywood and many magazine covers, the model saw herself bound to a wheelchair, victim of a rare neurological autoimmune disease. Many years of physical therapy later, Vera, 47 years old, is back to doing some model work and is investing in her luxury swimwear brand, Sonia Vera Swimwear. Currently, she also promotes the defense of people with reduced mobility that need to use a wheelchair. However, Sonia makes it very clear: the wheelchair does not define her.

Fiercely independent - these are the words that Hannah would use to describe herself. Mother of two children, the visual stylist has, today, a professional life as accomplished as her personal one. Hannah shares with her oldest daughter her interest in Fashion, and together they create line-ups. Besides creatively exploring with her daughter, 31 year old Keane has done campaigns for Samsung, Dove and Love Home and Planet. One of the things she likes doing the most is driving, because of the freedom sensation it gives her. So what sets her apart? Hannah doesn’t have the right arm.

It was thanks to her oldest brother that Mollie, now 19 years old, never gave up trying to reach what her disability could imply. Even with a deformation on her right hand, detected at 20 weeks of pregnancy, the model never gave up running, playing and climbing with her brother. Mollie always knew she was different, so she spent many years hiding her arm in pictures, especially on social media. However, the support she got from all her family and friends helped her accept and celebrate what makes her different. Her hand was yet only a part of her peculiar condition: at 11, Mollie was diagnosed with colitis, an inflammation of the colon, and she recently had surgery that left her with an ostomy bag (that gathers urine and feces). Adjusting to her new body has been another arduous challenge, but with the help of other disabled people, Mollie has been roaming the path of self love and acceptance.

Mother, model and counsellor - these are the labels that Nancy uses to define her roles, but she’s much more than each of them. After 30 years of dancing and exercising, the physical education teacher had an accident on a trampoline that cost her a leg. Nancy handled the loss of the limb in the same way one deals with death: she went through the stages of denial, anger, bargaining, depression and acceptance. She temporarily felt like she was somebody else, not confident or feminine. She lost her job. At the end of this long journey, Harris, now 54, found herself. Today she is a model and uses her voice to be the positive inspiration she lacked after her accident. Besides, the courage she gained with all this process allowed her to be more adventurous than she had ever been - now, with only one leg, Nancy has gone gliding, jet skiing and ventured into indoor skydiving.

Down Syndrome is what made Lauren into what she is today. At 23 years old, the model has come a long way to get where she is: trained in theater, Lauren has worked as an office assistant, in a kitchen and at a hospital, where her specialty was cooking pudding for patients. After being unemployed during part of the pandemic, the model went back to working as an administrative assistant, but her calling was personal relations. Lauren lectures with several associations at schools, where she shares her experience with her disability. Her career as a model started about a year ago and it brought her a pleasant surprise: in the agency where she is signed, she met with a childhood friend with whom she did therapy with. Hilaire’s goal is to leave her mark in the world by inspiring and supporting young people that, like her, want to get to know themselves better and share what makes them unique.

Francis, or else, his alter ego, Lady Francesca, made history by being the first black drag queen with Down Syndrome. If you watch a Drag Syndrome show (take a look into dragsyndrome.com, you won’t regret it), you’ll find some of the fiercest and wildest drag queens, as Lady Francesca is described. Francis Majekodunmi, the 32 year old who gives life to the persona, leaves his mark in the world of performative arts, where he participates as a dancer, performer and choreographer. Francis’ condition means as much as the pointless labels - only to give him strength - since he never gave up on a dream. With training in Performing Arts, he’s co-director of the project Blink Dance and has been in many dance shows, like the (supposedly, highly acclaimed) reinterpretation of The Rite of Spring, at the London Royal Opera House.

The first thing Clara tells us about herself is that she’s a woman with a disability and not a disabled woman. Does it take anything else to know her? Well, maybe that she’s 41 years old, lives in the United Kingdom and is a model and speaker. Oh, and she has Ehlers-Danlos Syndrome, a disease that affects joint mobility, but we see that this isn’t what sets this British apart. There are some who describe her as fearless and even a little wild, but Clara just lives her life to the fullest, which includes dedicating herself to her passions. The model follows a healthy lifestyle - she has been a vegetarian for over 17 years and vegan for five - and enjoys travelling all around the world. A Fashion enthusiast, Clara is especially passionate about the possibility of getting to know new faces and stories, that is, by the growing diversity and representation of all kinds of bodies in the industry. Yes, Holmes gives talks about the subject. Because being wheelchair dependent is, for the model, only a pretext for her life motto: rollin funky. 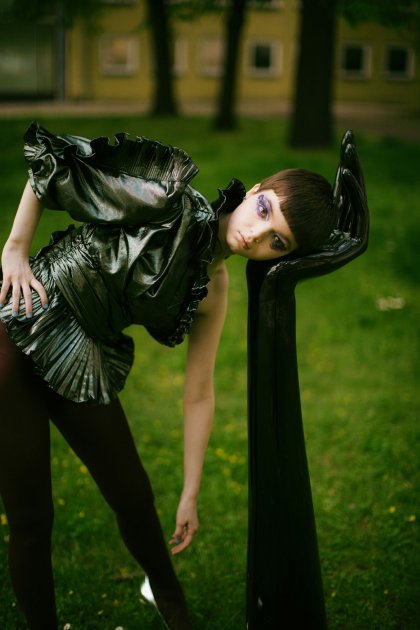 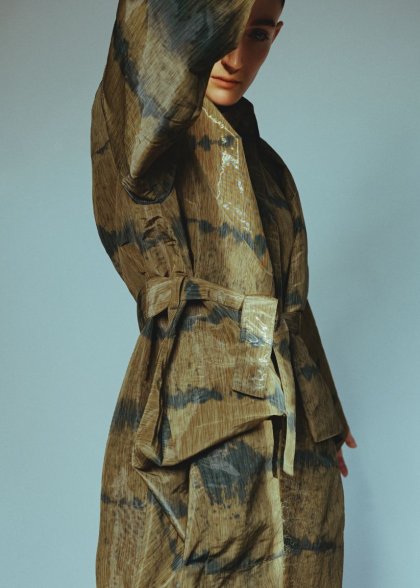 Someone call Mr. David Attenborough, because the following pages are a Netflix series waiting to happen. 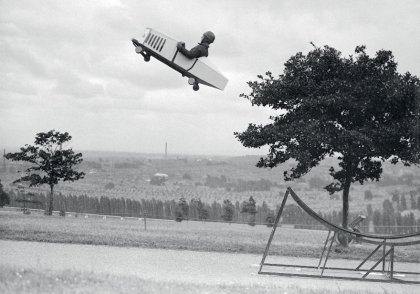 English Version | From zero to hero