English Version | Every day is a special day

We go through our entire life with carpe diem buzzing in our ears, and yet we don’t pay it that much attention. It is in this non-poetic way that Man goes on to live: holding on to dates that, apart from being set in stone on the calendar, have not much else to offer. And, without noticing, we collectively forget the charm we can draw from each day – and, indeed, from life. 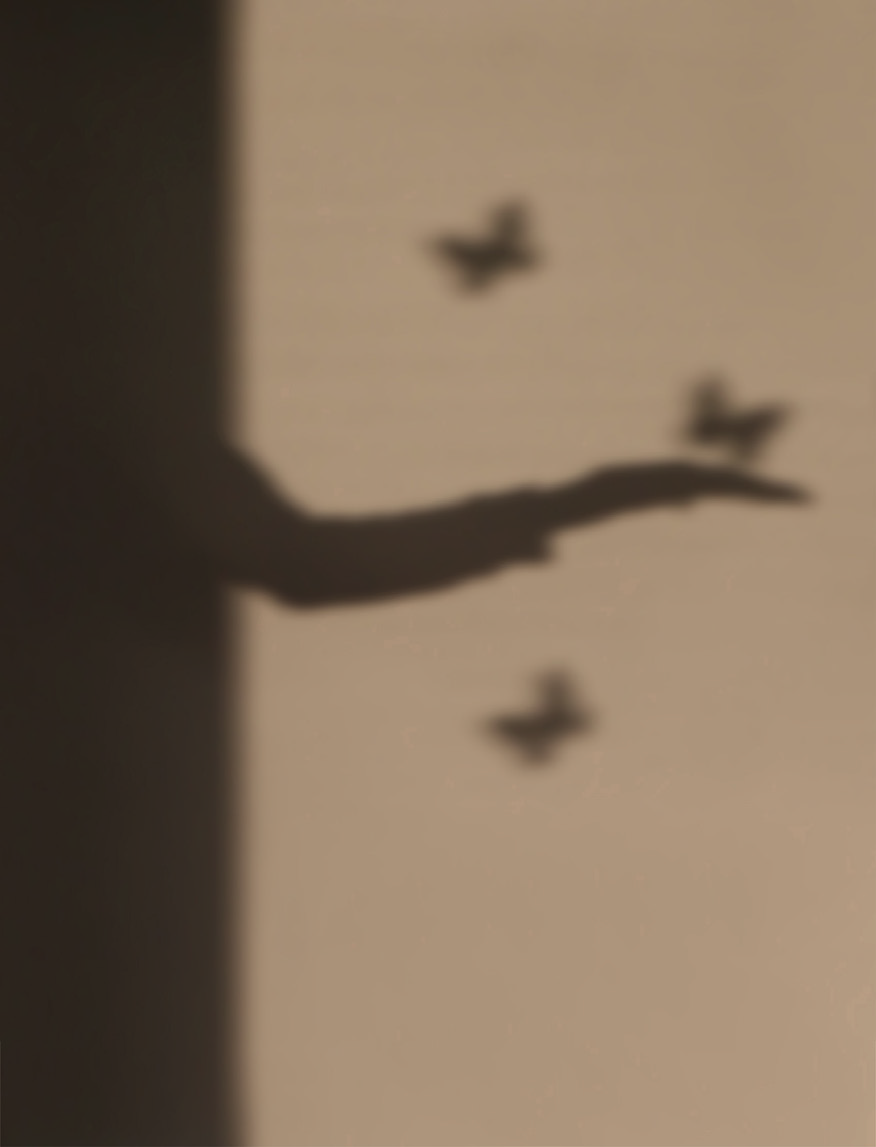 There are things that never change in people. Or better yet, in human beings. It is precisely because we are humans living in a society that we maintain the habit of having certain habits: more or less aware of it, more or less going with the flow, in one or another following certain standards, thoughts, ideas and ways of living. Or, in this specific case, of not doing so. Of not celebrating in a way that’s whole and committed. From the Latin word celebro, “to celebrate” is, according to the dictionary, a verb that indicates things like: “Honor or praise publicly”; “Acknowledge (a significant or happy day or event) with a social gathering or enjoyable activity”; “Reach (a birthday or anniversary)”. The notion of celebration is something we learn since we were kids, and that sticks with us forever. Society imposes a certain feeling of obligation, or necessity, of euphorically celebrating certain dates on our calendar based on that same principle – for some specific reason, even if they’re not special at all. When we’re younger we count the minutes until Christmas, birthdays (ours and the ones of others, it’s all a party), Easter or Carnaval (though I’m not generalizing – I hated dressing up so if it were up to me that day would be erased from the calendar); later on, as teens, we’re filled with that Friday night fever. Around this time, New Year’s Eve also takes on clinical proportions: it’s only the end of another year, but it’s celebrated as if the world was about to end every time. As adults, on the other hand, we count the days until the dates that can justify every and anything that is out of the ordinary of our daily routine (and that allows, if possible, for eating and drinking beyond the politically correct health standards). None of these are to be generalized, of course. There is also the opposite group, where those who hate all these celebratory dates can be found, and that categorically refuse to live them in these terms. Nonetheless, this is undeniably an implicit behavior to most people. We thus live according to half a dozen dates we carry out precariously, as if every other day were deprived of content and substance, to which we attribute the fastidious task of simply existing. What might fall into the oblivion that is the time between commemorative dates is that we are mortals, that our time on Earth is limited and, if that wasn’t enough, counting down at every second that goes by. To sum up, three hundred and something out of the three hundred-sixty-something days in a year the so-called calendar offers us are, generally, spent watching time go by, as one does when one contemplates the ships crossing the river. Great, though silent, that is how normal days go by in the ins and outs of life.

“The simplest things, the ones nothing can make semi-simple, are made complex as soon as I live them. To give someone my good days can sometimes intimidate me.” Fernando Pessoa, in the voice of Bernardo Soares, his semi-heteronym, shares, in the Livro do Desassosego, a pertinent question: the occupation that is learning to live every day as if it was the last is not that simple – although apparently it is the simplest thing in the world, after all, it’s just about living in the broader sense of the word. That is what we’re being taught today, whether in the real or virtual world. The Internet is filled with clichés. It’s not hard to find, a bit all over, leaders of everything and then some who figured out the secret for a better daily life, coaches and therapists charging big money to teach you the best way to seize the day, even that friend of a friend who found the light and now writes motivational speeches on Instagram. All of them share the same common cliché: they can’t get enough of preaching how important it is to celebrate daily life. One of the trendiest ways to do it is to employ, free of charge, the term “gratitude”. It is stated we should feel grateful at every hour of every day, from morning to night, the times we should express our maximum gratitude to the universe. Melissa Wood Teppenberg, fitness guru, confessed in an interview that every day, as soon as she wakes up, “she thinks of at least one thing she is very grateful for”, and that this thought of gratitude defines the tone for the day ahead. In theory, this is sort of how it goes – or at least that’s how the Internet sells us on gratitude.

What we know for sure is that being alive, or being grateful for it, has proven to be very effective. “Gratitude is not just a word, it’s a term very often used by positive psychology and coaching, and more and more employed in a broader sense as a resource to achieve different therapeutical goals, such as compassion, empathy and generosity. Scientifically speaking, studies show that practicing gratitude is associated with an increase in personal well-being and satisfaction, better physical and psychological health and strengthening of personal relationships” says Sónia Anjos, a clinical psychologist. Gratitude seems to be an emotion, a feeling that translates the act of appreciation, recognition, and thankfulness over what happens to us and for those who were, and are, present in our lives. Along with it comes a great complexity of mental and neurological processes: “In terms of brain mechanisms [gratitude] allows for cognitive reconstruction while evoking positive thoughts, reducing fear and anxiety, regulating stress hormones, increasing dopamine and serotonin, the happiness neurotransmitters”, the specialist adds. But can everything be resumed to mechanics: to wake up, contemplate our bedroom’s ceiling or the window and utter the magic words “I feel so grateful”? Maybe. The Brazilian writer Lya Luft once wrote: “To live is to naturally unveil the plot of existence.” It’s important to point out the naturally. Because there are days when no matter how grateful you want to be, or how great the intention of celebrating that day in all its simplicity, life seems to not give us a break and it’s important we learn how to turn it around. The most likely scenario is that, in those moments, no words of gratitude can help, and it is precisely because of that that those days represent the biggest challenge. The big victories. It’s easy to celebrate life in all its potential when you have a big bank account, the dream marriage, a magazine-worthy house, to sum up, when life is a bed of roses. Since it is not that easy to do so when everything is reduced to the sheer evidence that we are alive and breathing – even if “pouting” against life, even if poor, despite a broken heart. Even then, let’s celebrate it.

“Human beings are programmed to focus on the negative, on threats and dangers, and these resources [such as gratitude] allow us to celebrate what is positive. It fits into a more general perspective on life, on the positive things that are happening, but not denying the negative and adversity”, Sónia Anjos explains. To celebrate life everyday can be as easy as: checking another point in our to-do lists; the smell of freshly brewed coffee in the morning; a walk along the riverside where we are gifted with a beautiful sunrise or sunset; being able to cry as much as we want – to cry is a good thing and very recommended, to be able to cry and to know how to, is a huge privilege that remains highly unrecognized; to cook a delicious meal; to drink a glass of wine at noon at any day; that song we didn’t know we wanted to listen to but as soon as it goes it immediately warms our heart and soul; to sleep well and wake up even better; long afternoons of dolce far niente… To recognize these moments, and others alike, as celebrations considered as ordinary, but that confer a bigger meaning to daily life and a sincere feeling of appreciation for life, that’s where the riddle lays. “Gratitude makes us aware of every little victory, moment of pleasure, other people’s behaviors we should value and celebrate so that at the end of the day we have had incorporated experiences and created new memories. Good memories that push us to be better for ourselves and for others”, the psychologist confirms. And she adds: “The evolution of psychology as a science accompanies the evolution of human beings, of their behavior and needs. Curiously enough, it seems that there is a need to return to go back to the basics, a need for more awareness, presence, receptivity, and connection. Gratitude, like many other resources, have proven to be useful in the face of a culture of judgment, individuality, competition and distance among people.” Thus, the secret to a meaningful life appears to be something along the lines of being able to celebrate life in spite of. In spite of the dates, the circumstances, rain or setbacks. In spite of it being only Wednesday and not a poignant date with a fixed place on the calendar. To have the ability to find reasons to celebrate in the simplest of things, mundane even. Because when we do, we’re filled with a sense of overcoming, strength, of joy. Of gratitude, because even when things appear to be a bore, we retain the ability to face life, and its deprived quotidian, with an invisible smile. And we do it with dignity, with our dignity – sometimes, that’s all we have left.