It is said that a picture is worth a thousand words, but in cinema, that saying seems to fall flat. Without an adequate soundtrack, would an image, however unforgettable, have the same impact if it appeared alone, isolated? Would some films linger in our subconscious in the same way? 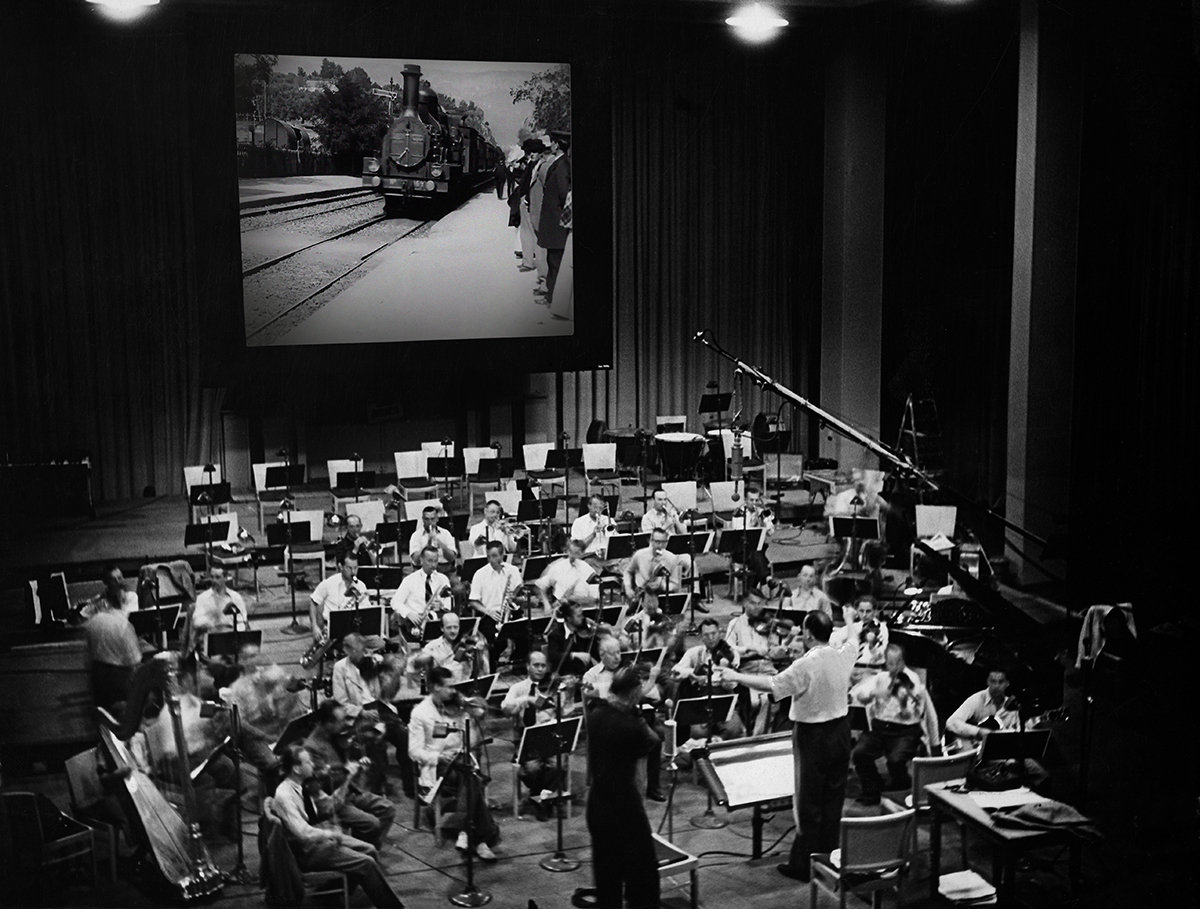 I still have very much in my mind the day I first saw Amélie (2001). It was not the year of its premiere, nor the weeks, or months, that followed. It was much later. I was a restless teenager bored to death during long vacations, those three months of pure dolce far niente before school started. Summer in the north is hot and the country breeze does not always blow in favor of an afternoon spent under some orange tree. It was precisely on a torrid day that I chose to watch Amélie. I threw myself into Jean-Pierre Jeunet's film without great expectations, but Amélie quickly won me over. I cannot remain indifferent to someone who explores the simplicity of life, who sees beauty in almost everything. Ephemeral, particular, and wonderfully distinctive, so was this passionate Amélie Poulain. The cinematography is stunning and very reminiscent of a romantic Paris, but the real reason this film is so present in my memory is because of its soundtrack. It is impossible not to listen to La Valse d'Amélie and not remember the final scene, or the wonderful Comptine d'un Ature Été: L'Après Midi and not get goosebumps, or not smile every time A Quai starts up in frenetic rhythm. The soundtrack, by Yann Tiersen, carries with it all the emotions we can imagine, and there are many times when these songs accompany me. Even today. As much as I hate to admit it, the film also sticks in my mind, because I’m an incurable romantic. As it is said at one point: ”These are hard times for dreamers..."

Another soundtrack - or original motion picture score, as the experts call it - that is very present in my life is The Virgin Suicides (1999), Sofia Coppola's directorial debut. In then screen adaptation of Jeffrey Eugenides' novel, Coppola transformed a dark romance into a teenage love story. And to set the frenetic pace of being a teenager, the director invited the French electropop duo Air, who would only accept the challenge if they could work on these songs as if they were an album. The result is both cosmic and atmospheric, the sound is very much influenced by 60's rock and 70's psychedelic sounds, with synthesizers and analog keyboards, guitars and basses that evoke the sounds of Pink Floyd's The Dark Side of the Moon (1973) or The Beatles' Abbey Road (1969). "The Lisbon girls are like a surrealist reverie when Playground Love plays," writes Jillian Mapes, features editor at Pitchfork, in an article about the 50 best soundtracks of all time. "When that same melody is repeated on the piano in Highschool Lover, the five sisters' cool side becomes melancholy and intense." But it's Dead Bodies that makes me uneasy, it's in this track that I see the climax, it's that music that we can't resist, it's that beat that our bodies surrender to, it's that indescribable emotion that you just feel. "The real spirit of these songs is the fascination with death and the fascination with having your spirit float away when you die and [...] feeling free from the earth, from everything that you are and from the adult world that you really hate. I never wanted to kill myself and I never felt that bad, but I think the songs for this film are very much about this idea," Jean-Benoît Dunckel, one of the Air members, told Dazed magazine. If the number of characters were no problem, I could go on and on about the soundtracks that have made the biggest impression on me. If this were not possible, I cannot fail to mention the sublime sounds by Georges Delerue for Le Mépris (1963), or the well-defined tension that Clint Mansell worked on for Black Swan (2010), heads up for the track Perfection, or the suspense that Goblin created for Suspiria (1977). There are songs written for films that become true works of art: while they serve a director's vision, they manage to carve out their own path.

Cinema may have begun without dialogues, but it was never really silent. Music has always populated these audiovisual dinosaurs. The sound was always there, even if nine times out of ten the synchronization was not. In the "silent" era of the seventh art, the music that sprinkled certain scenes was played live with musicians in the background of the rooms. At the first screenings of L'Arrivée d'un train en gare de La Ciotat (1896), by the Lumière brothers, it is said that part of the audience left the room because they believed that the train would leave the screen and invade the room. This kind of impact occurred because they had never seen moving images synchronized with the sound of a train. The construction of a scene needs great visual impact, and this is obvious, but music is a must - or is this just my thing that I don't live without background music? Whether it's to heighten a moment, to incriminate someone, to accompany feelings and emotions, for suspense, horror and tragedy, music and film are always intertwined - and this relationship is as interdependent as it is powerful. In the book Audio-Vision: Sound on Screen (1993), the French composer and theorist Michel Chion affirms that there are two ways for music to create, in a film, a specific emotion relative to the situation that is shown on the screen: "In one of these ways, music directly expresses its participation in the emotion of the scene, giving the rhythm, the tone [...] evidently in function of the cultural codes of sadness, joy, emotion and movement. In the other, on the contrary, the music manifests an ostensible indifference to the situation, unfolding in an equal manner, standoffish and inexorable, like a written text." Have you ever imagined Darth Vader appearing on screen and exiting his ship without the famous "tananatananatanatanatanananatanananan",or in other words, John Williams' The Imperial March? You may have imagined it, but it is certainly not the same.

"Music in films is of great importance because it often reinforces feelings, expressions, moods, and gives some unity to the final editing of each film. Cinema is undoubtedly the art form that fascinates me the most, especially because it can bring together elements as different as photography, music, video, and sets," says Rodrigo Leão. Since his solo debut, after having played with Sétima Legião and Madredeus, the Lisbon musician's repertoire is often described as cinematographic. The album Cinema, which he released in 2004, is composed of songs that could be considered soundtrack excerpts for several films, a work that shows his genius, the consistency of his métier, and his curiosity to explore innovative paths. Leão, in addition to more than 25 years of a resurgent career, has written soundtracks for films as diverse as Ruben Alves' comedy A Gaiola Dourada (2013), or Lee Daniels' Oscar-nominated drama The Butler (2013). For this very reason, who better than Rodrigo Leão to answer our question: But how is a soundtrack born? "They are always born from the first conversations we have with the directors, with the first scripts they give us to read and later with the first images we see," he explains. "The most important thing is to understand very well the sound environments that are requested for the different moments. Sometimes there may be a need to try to choose a musical genre as a starting point. The choice of instruments, arrangements, musicians is also essential when we think about the music for a film." He continues, "The search for inspiration, for sounds, melodies that can be connected to the images we have in front of us. Often the most important thing is to find a main theme that can then have different arrangements or interpretations appropriate to each moment. The characters can also help us try to find ideas that throughout the film end up being associated with them." As for the creative process, the musician guarantees that it is never the same. "It's always different, and sometimes it comes more easily than others. It is very important that we feel exactly what is asked of us for each scene, but also for the general atmosphere of the film. Sometimes I send six or seven ideas for a single 50-second scene, and there is always a no on the other side. We have to curate a lot of sounds, chords, ideas, and sometimes it feels like we get blocked. At certain times we have to step away for a day or two and then try to start that constant search for ideas again." Going back to the provocation I chose to open this article, would cinema have the same impact without music? Rodrigo Leão's answer: "Music may be more important in some films than in others, but the truth is that we have examples of situations in which the music is very connected to the images and other moments that, despite not having music, gain a great dimension. There are films with almost no music that are extraordinary and others with a lot of music that didn't touch me as much." But about the latter we don't want to know, we obviously want to know which is that soundtrack that leaves the musician and composer with a comforted soul. "One of my favorite soundtracks is that of Peter Greenaway's The Cook, the Thief, His Wife & Her Lover (1989), with music by Michael Nyman, one of the musicians who influenced me in the early 90s. It was after watching this film, at the Quarteto (Portuguese movie theater), that I decided to start trying to compose my first work, Ave Mundo Luminar."

Soundtracks are to cinema what Rome is to the Pope. These scores are essential in the seventh art, they have the potential to add new dimensions and emotional layers that the image cannot always transmit. For a society so used to being bombarded with information and stimuli, soundtracks are able to assume a primordial role in keeping the audience interested and emotionally committed to what they are seeing, allowing them to travel beyond the images that are presented. But the most important thing is that feeling of satisfaction that invades your soul as soon as the end credits begin to roll. It is a liberating moment of satisfaction, it is a special moment that is forever stored in our memory and that we will probably remember for days, weeks, months, or even years. This is the magic of soundtracks, and this is what I felt on that summer afternoon when I launched into watching Amélie.