Behind a perfect body, many times, hides an imperfect mind. In the name of mental health, it is paramount that we give as much attention to the mind as we do to the body. Balance is everything. 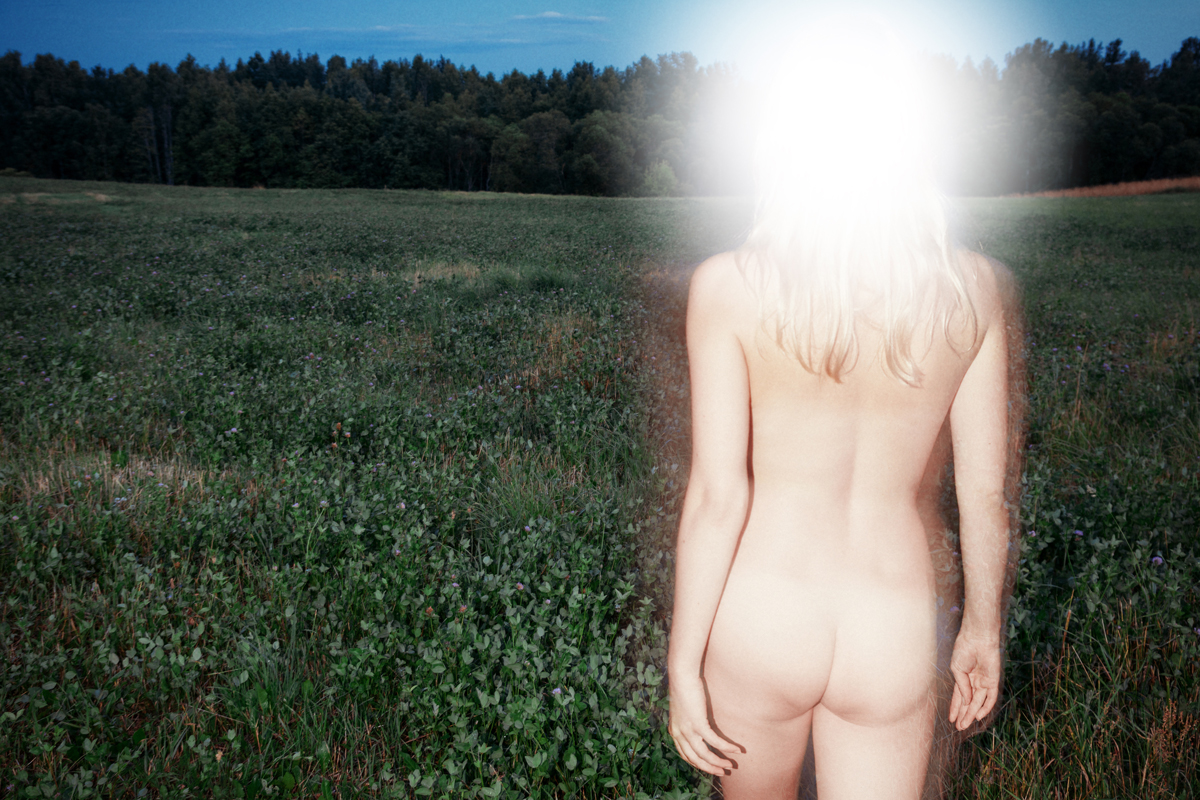 Last November, the supermodel Bella Hadid posted a swipe post of pictures on her Instagram account that started with a video of Willow Smith reminding us that no matter how alone, insecure, or anxious we feel, we’re never alone. The image that followed the video shook the Internet: a handful of pictures of the 25-year-old top drowning in tears. Three months later, in an interview with WSJ Magazine, Hadid revealed that those images were part of a “compilation” of some of her darkest moments from the past three years. “I would have really depressive episodes and my mom or my doctor would ask how I was and instead of having to respond in text, I would just send them a photo”, she explained. “It was the easiest thing for me to do at the time because I was never able to explain how I was feeling. I would just be in excruciating and debilitating mental and physical pain, and I didn’t know why.” Hadid said that, by sharing those photos, she wanted “to make sure that anybody that was feeling that way knew it was OK to feel that way.” Aware of how much that post would be below the standard people are used to seeing her in, she added: “I feel like real is the new real, and that’s what’s important to me.” Everything that goes down on Instagram doesn’t always produce effects on Instagram alone. Outside the social network, there is a whole life happening in the real world, made up of real people, with real bodies, real minds – and with all their underlying emotions. It so happens that this real versus digital conundrum makes it that much more difficult to understand certain things, such as why Bella Hadid, with that body, that face, that money and that life, could ever cry? Psychologist Cristina Ferreira suggests we start by analyzing the idea of self-esteem: “To have high self-esteem is not always correlated to what common sense deems as objective factors that make someone feel good about themselves. A person who seems to have it all – a great job, romantic partner, beauty, in-shape body – might not see it that way. Research shows that high levels of physical attractiveness don’t translate into high self-esteem. In fact, a study showed that teenagers with ‘facial attractiveness’ revealed lower self-esteem than their peers. Meaning that good looks don’t increase confidence in teenagers.”

Self-esteem means to have respect and admiration for oneself. The American Psychological Association defines it as “the degree to which the qualities and characteristics contained in one’s self-concept are perceived to be positive.” Low self-esteem, on the other hand, is characterized as a negative perception of oneself, and is concurrent with many other mental health issues. Society insists, however, on conferring exceptional importance on looks, allowing for the creation of the idea that beauty is half the path to happiness, love, success. That is why, if on one hand, we see a tremendous obsession with the body, a disorder known today as “bigorexia”, on the other, it is clear that there is some disrespect (or slacking) regarding the mind. The pressure that is put in the pursuit of the perfect image, is not the same that is invested in the search for the healthiest state of mind. It is, however, important to underline how low self-esteem is not the same as depression: “Although both concepts can overlap, low self-esteem is considered as a risk factor for depression, but it’s not the same thing: while depression is a mental health condition that affects the mind and the body, self-esteem describes the way someone thinks and feels about themselves”, Cristina Ferreira explains. Depression is a psychological condition and not everything can be called depression – there are, of course, what we can call depressive states, moments of deep sadness. It’s even possible to go as far as saying that sadness is inherent to the human condition. Freud used to argue: “We human beings, are unhappy: our bodies sicken and decay, external nature threatens us with destruction, our relations with others are a source of misery. Yet we all do our desperate utmost to escape that unhappiness. Under the sway of the pleasure principle, we seek ‘powerful diversions, which let us make light of our misery; substitute gratifications, which diminish it; intoxicating substances, which make us insensitive to it.’”

Although sadness and depression are two different things, they feed off each other. A recent study performed on a global scale concluded that one in four young people show strong symptoms of depression and one in five symptoms of strong anxiety due to the pandemic. The search for psychologists, consequently, registered an exponential increase (450%) in the first quarter of January 2021 compared to the previous year. “The reports of the increase of psychological suffering coincided with the national confinement and the elevated number of cases of COVID-19. The general well-being was compromised. Lifestyle, stress management and food habits play an important role in that balance and psychological health. It is important to ensure this well-being, since unbalancing it can lead to problems with mood swings, memory, energy, addiction, and sleep disturbances”, the psychologist explains. But not only of stress does depression live. Besides the aforementioned factors and those of genetic order, there is also another mass indicator that is a leader on the theme of depression – or sadness. We’re talking about solitude. We’ve never been more connected and, at the same time, more isolated. “Loneliness desolates me; company oppresses me. The presence of another person derails my thoughts, I dream of the other's presence with a strange absent-mindedness that no amount of my analytical scrutiny can define.” It is through Bernardo Soares that Fernando Pessoa, in the Book of Disquiet, exposes the question of solitude as a dichotomy: we can’t live with it, but we need it to live. “Firstly, there are two types of loneliness that are considered: positive and negative. The first is regarding seeking isolation, for example, by a writer, or by someone who needs to do a job that requires the utmost concentration; the negative is about internal and/ or external restraints that cause suffering. It can happen because of a separation, and it’s possible to experience it when you’re surrounded by people – it’s called urban solitude. We live inches away from each other, but only rarely do we care about the state of mind of our neighbors”, Adalberto Dias de Carvalho, researcher, retired college professor from the University of Porto and coordinator of the Solitude Observatory of ISCET (Instituto Superior de Ciências Empresariais e do Turismo). He recalls that despite the possibility presented by social networks of staying in touch during the pandemic, it also reminded us of the importance of touch – and how physical proximity is irreplaceable.

“Nowadays we have a very clear notion of how important the body is in our relationship with people – a gesture of tenderness, a kiss… The validation that the sense of touch represents in the relationships between beings. Online communications repeated several times a day, for weeks on end, have brought forward the very thing they were replacing – or trying to replace – which was physical proximity and, with that, starting to generate feelings of dissatisfaction, of incompletion”, the researcher enlightens. He explains how loneliness can come from or emerge from depressive states in our life. “We all have depressive stages in our lives, sometimes in our daily life – but that is different from depression. Depressions is a form of subsidence from which one can’t get out of. And, usually, it comes along with a depreciation of self-esteem. There is a certain tendency to associate old age with loneliness; but also, to teenagers, to the youngsters who, although more hit by depressions in comparison to the elderly, manage to get out of it more quickly. If depression essentially has a psychological explanation, solitude has something to do with personal constraints, but also social ones, in a very strong and particular way”, he says. But can it be that this loneliness is becoming a comfort zone? Alberto Dias de Carvalho responds with the terms “self-flagellation” (which is everything but a comfort zone). And explains that it is paramount that there is education, whether at school or at home, around the theme: “It is very important that people realize and know that loneliness is inherent to the human condition. And that, knowing this, they can deal with it and not stay prisoners of their own loneliness, being able to manage it.” Also, because its consequences are profuse: “Psychologically, it is more likely for someone to take their own life. This happens when loneliness becomes unbearable, intolerable. In the sense that, if there is a blockage in the relationship with others, there is, at the same time, a blockage within oneself, in the relationship with myself and I. We have various dimensions inside of us and only know a small part of it. The unconscious, which is the hidden zone, is strongly impactful; and because we have no idea of these ‘unconscious’ mechanisms we feel more difficulty when acting on them. This inability to manage ourselves, this solitude might carry different consequences, translated in our relationship with food, drinking, and generally, with drugs. We eat more or less depending on our psychological state, trying to fill in that ‘void’. It’s more about escaping, of running away from a situation”, he concludes. Loneliness is not always solvable, diminished or prevented. It depends greatly on the individual; but also on society. In a time when we spend too much time facing our own belly – metaphorically and literally – it would be a good reminder to recall the ultimate conclusion of Christopher McCandless, the adventurous character in the movie Into de Wild who, when facing his death and after months wondering in Alaska alone, wrote in his diary: “Happiness is only real when shared.” We’re born and we die alone, but between those moments we can (and should) mingle. If not for us, for the sake of our mental health.