Limited. Really limited. Limited above all without us realizing it. Limited by ourselves. When it comes to living, we don't know how to do it without restraining ourselves. Without restricting ourselves. How far do the boundaries of the self go and why are we afraid to cross them? 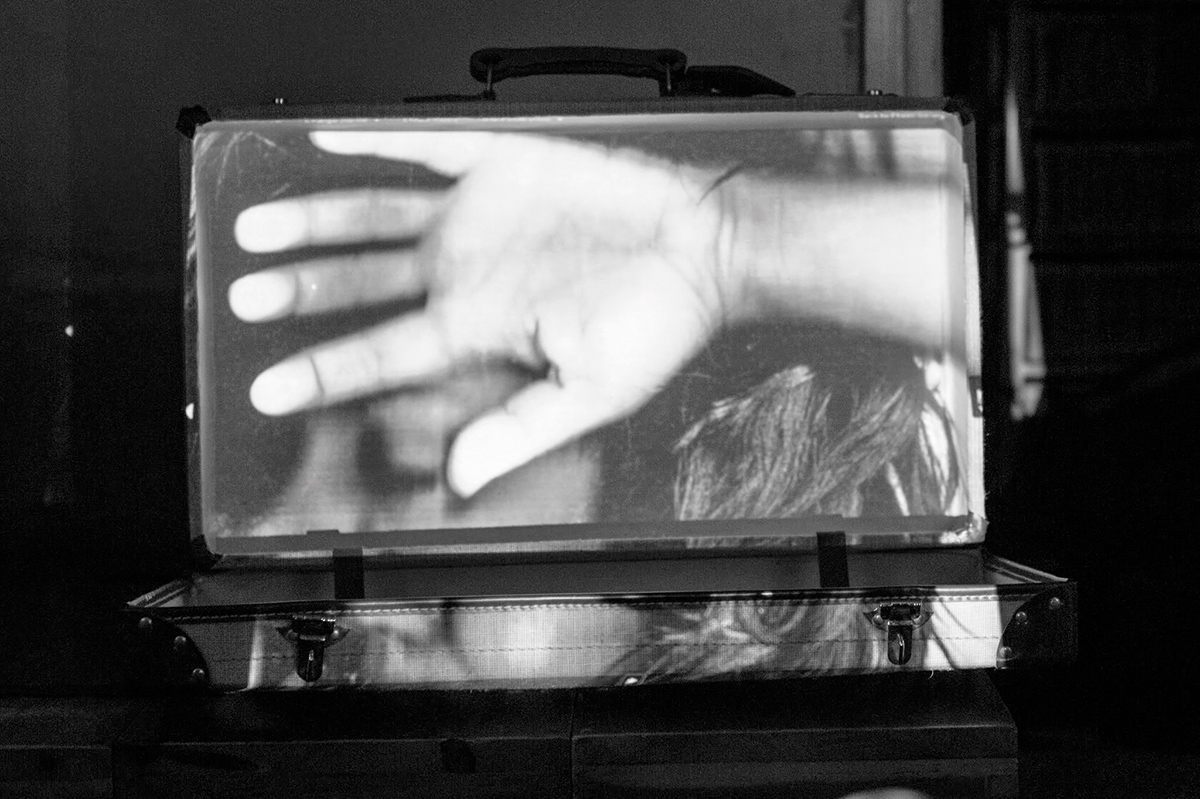 I don't know what my lunch was yesterday, but I know exactly how I decided it. It was a compromise between everything I wanted, in terms of indulgence, and everything I knew I should eat, and it was good for my health / body / mind. Halfway between the salad and the pizza. A concession between healthy and desire. With enough carbohydrates, but so many vegetables and proteins to make up to it. I don't even think about it when I make the decision: the analysis is automatic as long as I can remember. Sometimes it tends to sugar, sometimes it tends to vitamins, but it almost always includes restrictions. Is this bad? Not necessarily. However, this led me to think that other inadvertent limitations are placed on ourselves. Especially as women. Does this happen to all of us?

When it comes to beauty, these restrictions are notorious for the female gender: nowadays, we give up hydrates because they turn into fat; we stop eating legumes because they make us swell; we avoid chocolate because it makes pimples; we control alcohol because it causes memory failures and bad decisions; we abolished white, because it is unforgiving, so we only opt for black in our everyday wardrobe, even at temperatures of 40 degrees; avocado only in the morning, and if you are wearing a blue shirt, otherwise, itching and other things we hear and are convinced to be true ... We learned a series of rules - read, limits - so that we can preserve what corresponds to society’s idea of ​​what we should be or look like and we don’t even realize we’re depriving ourselves of an immense role of experiences. Warning, do not understand deprivation here as something nefarious - deprivations and limits have a purpose and often prevent us from doing something that would result in consequences that are much more harmful than deprivation itself: when a person avoids smoking an extra cigarette or decides to refrain from opening another packet of chips, you may be saying no to momentary pleasure, but to long-term benefits. Because deprivation is not necessarily bad: I do not regret the days when I did not order dessert, because it would be a reflection of just an addiction and my well-being was happy about it. But I regret the days when I didn't and that was all I needed.

The question that matters here is that some (many? All?) decisions that we make are always conditioned by the outside world, although it is on the inside that we give it a more or less preponderant burden. I can let myself be influenced more or less by the images that the media, especially social networks, offer me. I can feel myself below or above something or someone, because of whatever my learning has instilled in my brain. Or avoid situations or experiences for fear of misjudgment by others. For example, getting a tattoo or a piercing because that is for bad people. Do not wear a miniskirt at the age of 40 or 50 because it is not appropriate - if I do not wear a miniskirt, be as old as I am, that is because I don’t like the style or seeing myself with it, nothing more. Or don't order a hamburger on a date because girls ask for lettuce - I confess: my rendezvous usually involve copious amounts of sushi or pizza or hamburgers. But usually they don't include dessert because ... balance. I don't want to do everything I feel like doing, because I know that my restrictions and limits are like the angel and the devil, my advisers, my talking cricket, my conscience. I just would appreciate, from time to time, not spending so much time discussing calories and analyzing nutritional information that I learned to know almost by heart.

But of all the restrictions that I place on myself, or rather, that we place on ourselves, these, even though an important source of reflection, are the most trivial. It is true that we are subjugated to this idea of ​​a perfect body that has been imposed on us by society, and that it seems we are on a mission without a pit stop to achieve it and meet expectations, but, ultimately, provided that in a temperate way, these are limits that also help us maintain some wellness and well-being. If I ate everything I wanted, I would probably have serious weight and cholesterol problems - because there are limits that are there to prevent addictions, not to prevent a full on experience. However, there are also limits that we impose on ourselves as women who are so intrinsic to our beliefs and that it doesn't even cross our minds to assume them as barriers. We accept them for the sake of a greater good, without questioning that they are limitations or boundaries to our freedom. There are ideas that we have and attitudes that we adopt so innately that we don't even accept them as restrictions. On March 3 this year, Sarah Everard, a 33-year-old marketing executive, left a friend's house, it must have been nine in the evening to return home - a not-too-long walk. The young woman never reached her destination. Her body was found about a week later. Like Sarah's, there must be so many other less media-like cases of similar situations filling in a list of police reports, but Everard's has sparked a global awareness like never before: why is it not safe for women walking in a busy city at not too late hours? And why do we learn to live despite of it without questioning? It is normal for us to avoid problematic neighborhoods, whether we are men or women, but, in the case of the female gender, care is doubled. Since I can remember that I am aware of my condition when I am in situations where I find myself alone. I may not avoid them completely, but I have a watchful streak in situations that men probably navigate as if it were any other without the sign of danger. For example, I run in the morning, as a rule, and sometimes in the late afternoon. However, I only do it in the months when the days are longer: in the winter, when it’s already dark at 7pm, I prefer not to, because the area where I run, no matter how busy it is, is not completely lit and there is a lot of vegetation. It just seems like a safety measure in my mind, what harm is there? The problem is that my freedom is limited - first, by society, which tends to see us as the weak sex and, therefore, makes us, metaphorically or literally, prey for predators; on the other, because we have learned to accept this as something that is what it is, and we have recorded this in our system as a modus operandi and not as a limitation. The London case led many men and women to come together to make the streets safer for women and that not only started a discussion, it also shifted the minds of both genders. It may be that now, at least, these limits begin to fade, even though the change is still far from happening.

As is far from happening, unfortunately elsewhere: on March 8th, for International Women's Day, the coworking company Mindspace released a video in which it posed a puzzle to a series of participants, men and women. In the study, the riddle stated as the following: a father is about to take his son to a job interview at a major brokerage firm in the city. As soon as they reach the company's car park, their son's phone rings. He looks at his father and he says to him "Go ahead, answer it". The person on the call is CEO of the big company, who says to him: “Good luck, son. Everything will work out". The son hangs up and looks at his father, who is still sitting next to him in the vehicle. "How is this possible?" Asks the narrator. What follows is a series of attempts to respond to the mysterious identity of the caller. In addition to the delay in trying to understand the solution, as if a clear hypothesis were not possible, there are hunches such as the call to be a recording made previously by the father who is now at his side, or who is the young man's grandfather who calls, or the boy has two parents. The simplest alternative does not occur: the CEO is a woman - it is his mother. After knowing, most of the participants even reproach themselves for not thinking about this obvious scenario, but the truth is that, in modern society, it (still) does not exist. Not only because this perception was not created, because there is still unequal access to the highest positions in a company, but also because perhaps there are still fewer women than men struggling to get there, perhaps the result of these limits that, subliminally, say to us that it’s impossible to get there. How many times have we stayed in lower hierarchies simply because we didn't aim for anything above? And it’s valid to not wanting to, to not pointing to the top spot. It is valid because not all of us want to be CEO’s, but what cannot be valid is that this desire simply does not manifest itself because it has never been instilled in us - neither by society nor by our closest circle. We don't have that goal because (we think) we don't want it, but we don't want it because our core has always told us that we would never get there, so that desire was never fueled.

My question is: how many of our limits, invariably influenced by the outside, but consolidated on the inside, protect us, but also restrict us? It must be something in the 50/50 range, perhaps. How can we distinguish them? Questioning them. Exploring its genesis. Weigh causes and consequences. Believing that they are, for the most part, good for us, but they cannot prevent us from having a more fulfilled life. Accepting that we do have boundaries - health, safety, well-being, but not inequality. And, above all, to understand when these boundaries are worth crossing, so that we can move to the next level: one in which we have new limits to explore or accept. Like deciding what we’re eating for dinner and whether or not we’re going to eat dessert. If you have just been promoted to CEO, please order the chocolate fondant with an extra scoop of ice cream.