English Version | A ray of light…

…that invades our soul, that invites us to embrace melancholy, that gives us hope, and that marks the compass of a new beginning. It is an aurora. It is the AuRora of Gisela João. 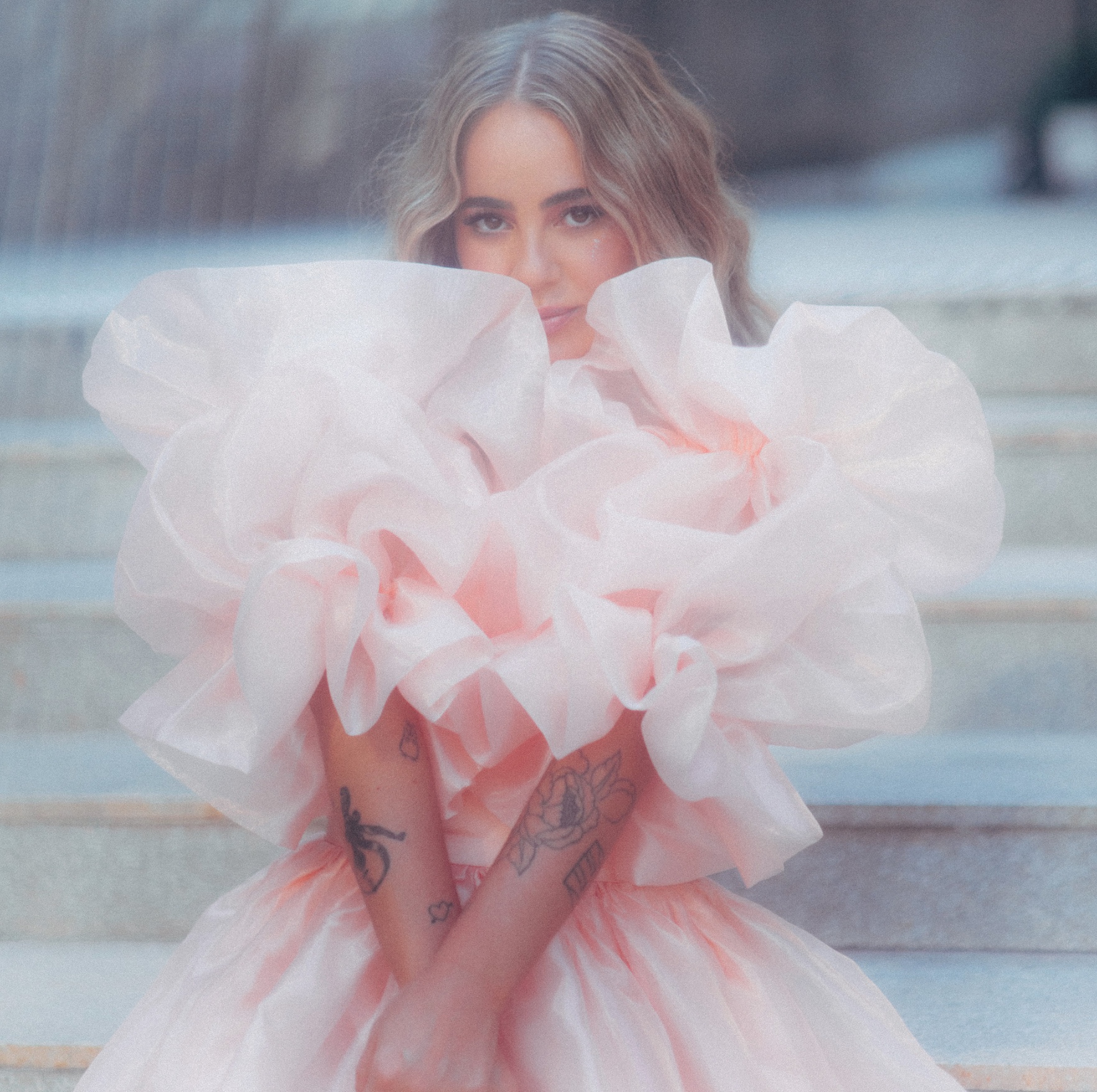 February 2021. Portugal was once again in lockdown with suffocating restrictions. And, with no possible escape, confining myself to the four walls of my house was the only solution. The days were gray and the trees were still bare, spring was still far away. Long thirsty for cultural novelties which, once again, for obvious reasons, were put on hold, then, as if by magic, a  ray of light fell into my email box: the new album by Gisela João. It was with great enthusiasm that I clicked that link to hear, first hand, the new work of the fado singer from Minho. To say that I had the urge to comment, with half the world, on what I had heard in one go is an understatement. I didn't. I listened to it over and over again to console that urgency. The trees were already receiving their first leaves and I was still on a loop with AuRora. The return, five years after having edited Nua, in 2016, comes at a time when the very name of the album reflects what we are experiencing: a new beginning. "I love that name. The word itself has a lot of personality - we fill our mouths to say aurora," says Gisela João. "It has an emotional and visual charge that I like a lot, that makes me hopeful, that light of the aurora, that beautiful moment of the day, the idea of aurora being a beginning, a starting over, an opportunity to be again, to build from scratch, to grow. I like that idea of possibility that this word has, I like that weight of it. The dawn gives you the possibility to be more, to be less, to wake up, to start. However, it is nonetheless curious that I chose this name before the pandemic and now my dear disc sees the light of day at a time when we are all experiencing an aurora.”

Gisela João found her fado. A unique, personal and non-transmissible fado. In this third act, the fado singer gives herself completely and explores her musicality as she had never done before. Her voice, sometimes hoarse, sometimes exponential, sometimes restrained, sometimes full, travels through sadness, melancholy, disillusionment, giving up, and sudden changes. "It's not a place to stay - sadness is sometimes the corridor of a house through which one passes quickly to another side; it's not for sitting, but for circulating. A passage point", writes Gonçalo M. Tavares, who writes the preface of this record, which contains an atmospheric sound, with synthesizers, keyboards and electric guitars. This is how AuRora comes to us with a contemporary and ambitious proposal. Deconstructing a musical genre so typically Portuguese, and with such a rich history, is, in spite of being scary, a mission for Gisela, since the first day she started singing fado: "To understand concepts, to search for the narrative, to find poetic translations of life, to lose some ideas, and see others being born. It's kind of a painful process, but it's also fun." Between Almada and Barcelona, Michael League, leader of Snarky Puppy, joined the artist to give life to her ideas and poems - because this AuRora marks her debut as lyricist and composer, signing themes such as Canção ao Coração and Budapeste. About her invitation to League, the singer says, "It was incredible to translate my heart and emotions to someone who doesn't speak the same language as me, and also super challenging to translate the identity of my country to be able to explain what I was looking to leave on record." The creative process proved to be highly powerful and empowering, but Michael League doesn't hide his fear: "Since I first heard fado in Lisbon about a decade ago, I became a huge fan of the genre, but loving fado and producing a fado record are totally different things. I felt the natural fear of the foreigner about to desecrate a beautiful and ancient tradition that I deeply love. The arrangements and recording sessions were a challenging process." Despite all the more contemporary elements that brush AuRora, the Portuguese guitar still makes itself heard without any sound, and there is even a solo that soothes and moves (we're talking about track number nine, António Marinheiro).

"Words that I kissed / Ties that I let go / Places that I wanted / And without knowing / I said goodbye / To everything that I ever wanted." ( in its original: “Palavras que beijei / Amarras que soltei / Lugares que eu quis / E sem saber / Disse um adeus/ A tudo aquilo que já quis.”) Verses like these, which Gisela João sings in Budapest, are a healing vehicle for life's ills, but the artist warns that they are much more than that, she prefers to think that "they are a statement and are far beyond the love relationship." Plus, "I sing about life. At first glance the interpretation might be the love relationship, but it is much more than that. It can be the relationship with work, for example. It can be about politics, you also do politics singing love." These 12 tracks serve as a soundtrack, with a beginning, middle, and end, which is marked by Tábuas do Palco, a song divided into three parts that functions as an entrance door, a living room, and an exit door. These boards are sometimes salvation ("They are salvation boards for the heartaches”/ in Portuguese: “São tábuas de salvação para as mágoas do coração” ), and sometimes sacrifice ("I scratch my knee and bleed”/ in Portuguese “Arranho o joelho e sangro). "These boards, which in my case are from the stage, for other people will be the place where they feel free to live all the memories and have the most honest encounter with themselves." A big smile that lights up the darkest of rooms, the energy and joy she radiates, are inseparable from the public image we know of Gisela João when she made her debut eight years ago with the self-titled Gisela João (2013). But with AuRora we realize that there is a deeper side that she decides to materialize only in her music and, in this case, in songs like Já Não Choro Por Ti or Não Fico Para Dormir. When the kick-off for this new era was given, with the song Louca, there are some verses that say, "You say I'm all or nothing / You know nothing about me." (In Portuguese: “Dizes que sou tudo ou nada / Não sabes nada de mim.”) And, with the flea behind our ears, we ask Gisela what it is that we don't know about her. "There's a lot they don't know about me. Because I am many Giselas. There's a lot I don't know about myself, yet. Because when I sing, I make myself known completely, much more than with a thousand conversations." And Gisela's will be done. Let's grab our headphones and dive into this universe…