English Version | Lado B: To give life

There are thousands of ways to interpret love. Thousands of women and men are waiting for their opportunity to love a child. And a few thousand made a mission of giving someone that opportunity. 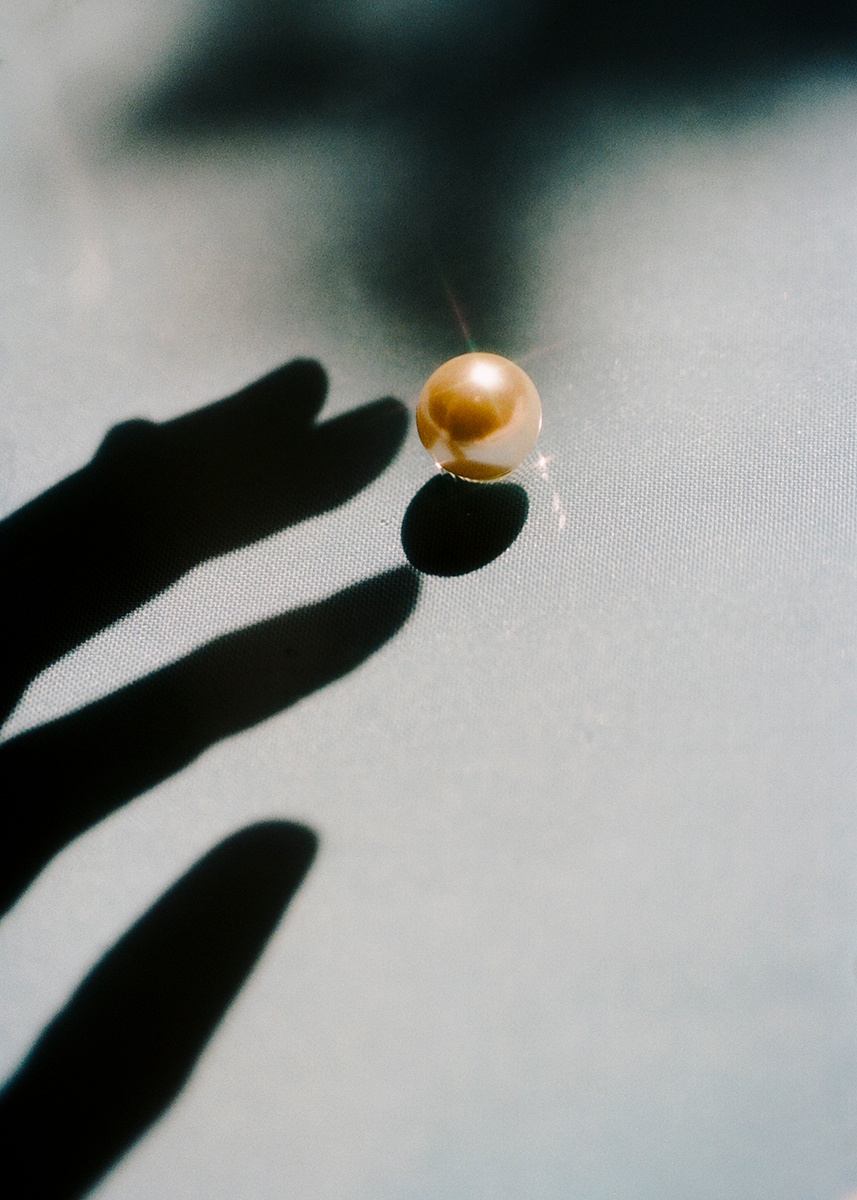 In the XXI century, technological and scientific advances made it normal to acknowledge that not all babies are brought by storks. The old tale about the birds and the bees is dusty. Daddy put a seed on mommy’s belly and that made a baby is becoming as common as daddy and mommy went to a clinic and the doctor made a test tube baby that was later placed on mommy’s belly. And this happens because a 2019’s study by the Portuguese Infertility Association revealed that between 15% to 20% of Portuguese couples of reproductive ages are infertile – and the number might be even higher since not all couples look for medical help. And there’s more: 34 years after the first Portuguese baby born by In Vitro fertilization, 3% of births were conceived with medically assisted procreation (MAP). Currently, there are 4 methods of MAP and, in all four there can be a need to receive donated reproductive material and in all of the procedures that donation makes the success rate higher. I discovered this data recently and I believe that this might also be new to a lot of readers. Just as unknown might be the process that women that decide to donate their eggs go through.

Alina Oxente, 25 years old, didn’t even blink when we invited her to share her experience. She rejected anonymity because she believes in the importance of giving the donations a face as a first step to break the stigma around the subject, making donating eggs as normal as giving blood or bone marrow. To Vogue, she tells us that when someone told her about a pregnancy made possible by an egg donor, she didn’t even know you could donate in Portugal: “My mom told me a friend of hers was pregnant with twins and that she received donated eggs because even though she wasn’t infertile, she was having a hard time getting pregnant. I was very surprised because you don’t hear about that a lot (and even less a few years ago). At the time I was a minor so I obviously couldn’t donate but I told myself I was going to do it as soon as I was old enough.

The reproductive material donations were authorized by the Portuguese legislation in 2006 and data showed that in 2016 there were 1541 donations and 2349 in 2017, showing a growing tendency especially in women donors, thought to be more sensitive towards maternity and infertility issues, just as Aline. “My vision is that this is something that is not that hard for the donator but can help generate a new life, create families and make two people very happy to be able to conceive normally and get pregnant”, she states. About the process, Alina tells us that she has already done two out of the three donations authorized to each woman donor and she explains that it is an intense process but that the first time was the worst since the body receives an abnormal amount of hormones at a pace that it is not used to. She chose a private clinic, specialized in fertility treatments, and she tells us that the first step is an interview where the full process is explained. After that, you go through a psychological evaluation and fertility check-up that guarantees that the donor is eligible for the donation, medical exams, and a clinical background check. “This is the most exhaustive part, but only happens in the first donation, which makes sense, because this isn’t something you should approach lightly. If everything is OK, you start taking the hormones through injections until the puncture day, which is the day when the eggs are removed. It takes about two weeks but they are intense weeks because firstly you need to inject yourself with the hormones and people who are put off by needles might find it a bit scary… You go through that process with the injections every day and you have to be very strict with the schedules, you also have to go to the clinic four or five times a week, depending on how the eggs are evolving”, she explains. About the day when the eggs are collected, it is done with a small procedure with general anesthesia but you only have to stay in the clinic for 2 to 3 hours. “In the first time, because your body isn’t used to the hormones, you feel very sensitive, I had a ton of crying outbreaks and I never had any of that, not even the mood swings during periods, but during the injections, I felt like that and I felt my body swollen… But besides that, you live your life completely normally, she tells us, while not focusing too much on the bad side of the donations.

When the first menstruation happens, there are between 300 to 500 thousand eggs in the ovaries, since women are born with the total number of eggs they’ll have during their lifetime. Of those, one thousand will die, one each month, during the menstruation. The egg supply reduces gradually until menopause. And it is the misinformation about women’s reproductive system and it’s fertility that allows for myths and taboos about egg donation. “Because we don’t speak about it and a lot of people don’t even understand what an egg donation is, and they believe you are limiting your egg number. But what are periods? Aren't they the body's way to expel an unfertilized egg? And what the puncture does is to reuse eggs that otherwise would be expelled naturally by the body. And if we have one egg per month we could reuse them in another way: by donating them”, refers Alina who adds that this vision that she could be endangering her ability to, in the future, get pregnant is one of the most frequently used arguments that she hears when she shares her testimony. “My mother hates the idea because she believed that misconception that I’m limiting my eggs and, if one day I want to have kids this will affect me. It won’t because it doesn’t work like that. And there’s also another thing that leaves people unsure: to share DNA, which means that, biologically I can already have a child – or two since I’ve donated twice. I don’t see it like that, for me they’re just cells. But, for someone with an old-fashioned way of seeing things, I already have a child. I’ve had this conversation with friends of mine that think that this is very noble but they would never do it because of that because they feel like they will be giving away a child.”

Around 300 thousand couples are looking for medical help to get pregnant, sometimes because they delay maternity until their peak of fertility has passed or because environmental factors like pollution and poor eating habits diminish sperm cell production. However, and even with the growing tendencies in donations, the waiting period to receive reproductive material can go from 8 months to 3 years, growing if you need eggs specifically. And there are some campaigns to raise awareness to the subject and to let the eligible audience  (women between 18 and 35 and men between 18 and 40) know that the possibility for a donation exists. However, in a lot of cases, the word is spread mouth to mouth. “When I thought about starting donating I spoke to a friend of a friend that had donated and she was the one that explained everything to me, all the process, and since it all went well with her I was more comfortable to go through with it. But besides her, I don’t know any other donors. It’s not something you see or hear about a lot… But most people do it for altruistic reasons. There is payment but it isn’t a payment as it is more of a compensation. But they only tell you about that once your mind is made up. I honestly can’t imagine someone doing this only for the 800 euros but it can be a bonus”, Alina adds.

The subject was discussed in 2018 when the Constitutional Court passed a motion that altered the law about confidentiality in the MAP treatments, considering that the children born by them had the right to know the identity of the donors. This law, highly debated by fertility clinic administrators, left on hold hundreds of cases that now needed donor approval. About this Constitucional alteration, Alina says that “in our contract, there's a paragraph in which you can agree or disagree, that says that the person born from that donation will be able to contact you after turning 18. And that decision is personal. In my case, I agreed because I see it as a cell donation, not as a child. I believe you need more than shared DNA to be a mother or a father. In my family, there aren't any genetic diseases or hereditary health issues, but I believe that when there are such problems it should be mandatory to share your information with the child because I would also like to know if I should be worried about hereditary issues”.

After two of the three possible donations, and with the third already scheduled for January, following the mandatory six-month break, there is the feeling of accomplishment. She diminishes the bad part because the motivation is bigger than all of that. And if there was a common misconception about the egg donors not wanting to have children of their own, Alina says otherwise: “It is my biggest life wish: to be a mother, to build a family… And I believe that weighed in on the decision because if I want it so much, I also want to give that opportunity to someone who, for biological reasons, cannot do it”.