In a world where everyone has “something to add” to pretty much every single thing, where do we stand as far as the things that shouldn’t be said go? No, in fact, we shouldn’t say everything we’re thinking. It’s not smart, unwise even. And a clear demonstration, for the most part, of a total and quite scary lack of self-awareness. 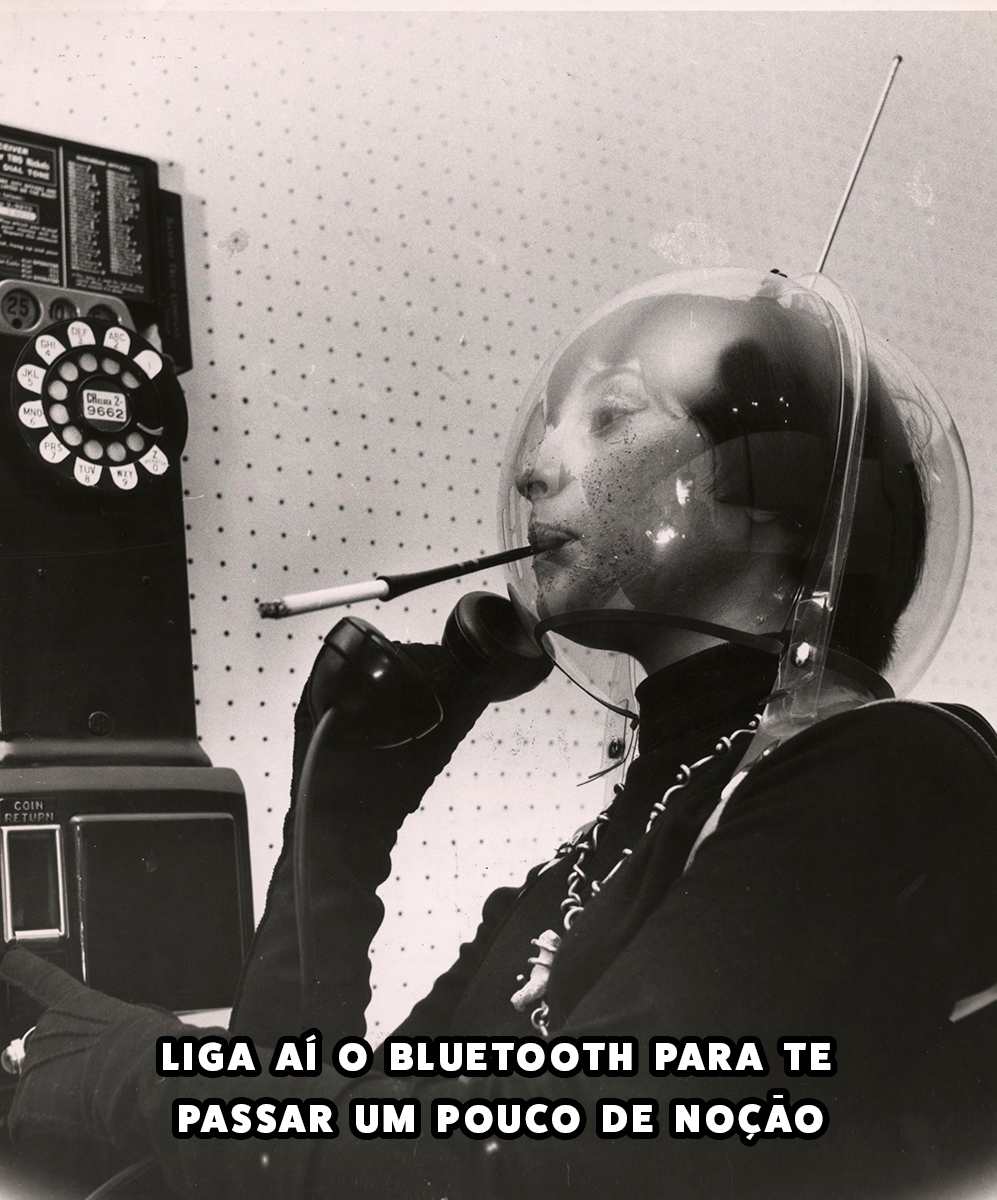 It’s an abstract concept. The widely employed term, on the contrary, is inescapable. We open our social media apps and there it is, that “lack of self-awareness”. Awareness – or lack thereof – is pretty much everywhere, like a virus that has spread everywhere uncontrollably. Plus, the fact that people are not always aware (there you go) that they’re not aware. It sounds confusing and redundant, and it is. In the dictionary, the word “awareness” is defined “as knowledge or perception of a situation or fact”. To sum up, this means awareness is highly related to knowledge – from the general perspective to the most particular of cases. Although it makes a lot of sense, we’ll go a little further to risk saying that someone who is or is not aware begins in their own self-awareness, with being aware of their own being. Or, using psychoanalytical terms – which is, in theory, the subject that is the most concerned about dwelling with the ins and outs of the self – a question of getting to know oneself. Hence, that lack of self-awareness. The psychoanalyst Isabel Botelho explains that “self-awareness implies increasing our chances of a way of acting that is more lucid, spontaneous and free. Or of being simply more human, more conscient of our patterns, conflicts, repetitions, limitations and defense mechanisms – which are important to know, deconstruct, accept or fix.”

When before we mentioned social media, it was not with the purpose of initiating a witch hunt. It so happens that “around there”, that unawareness materializes in a very abrupt manner: through what is posted, commented on, through the atrocities that are committed to other beings of our same species – with close to no humanity at all. Alas, there’s a lot of unawareness. It is certain that the absence of it is also identifiable among peers, within the intimate sphere that constitutes families, friendships, romantic relationships, etc. Because fingers get pointed here and there, judgmental get thrown around, criticism like there’s no tomorrow and even more so, as if there was no awareness at all to begin with. Being aware that, above all else, other’s reality is their own, while our reality is our own. And not even the holy spirit should have something to add unless asked for an opinion – most times, it is not solicited. The philosopher Herbert Spencer once wrote that “Every man is free to do that which he wills, provided he infringes not the equal freedom of any other man”, and that phrase is as simple as it is genius. And it should be put to practice much more. There should be much more awareness of this notion of freedom. Let’s go back then to the question of consciousness because, as the psychoanalyst as pointed out, those who cultivate it for themselves invariably end up becoming more human – because being more human means being more aware of one’s flaws, therefore, more conscious of what it means to be human, generally, as we are: with our weaknesses and strengths. But what does it mean, exactly, to be self-aware? To start, it is a full-time job – and you can read that in the literal sense because it is, in fact, a job – and an arduous one. It’s about the capability to deal with a self that we’re not expecting to “see”. A form of self that is unknown, but very much still there.

“Being self-aware means that we observe ourselves and are subjects of that observation”, Isabel Botelho explains. “That we have that capability downloaded or in process. In other words, it implies that we think our own thoughts, that we listen to what we feel and who we are, but all this throughout our interaction with others without whom we wouldn’t exist. It implies a certain sense of identity that comes from a subjective posture related to the general development of the mind within itself and the exterior world. Being self-aware carries the feeling of being/ existing as a unique and total individual. It’s a process of attention, of perception and of search to understand what’s logical (and illogical) behind the comprehension of oneself. And that self-awareness can develop, which means it is not a finish line or destination, but rather a process, a journey. A journey that could be made alongside a psychoanalyst or psychotherapist.” Let it be noted the expression “comprehension of oneself”, because in it we can encapsulate all that is relevant to the discussion of awareness and lack thereof. Well, if someone hasn’t realized who they are behind the mask they have built for themselves, how will they be able to elaborate any kind of judgment of others – the life of others, their choices, their Instagram post? The 16th President of the United States, Abraham Lincoln (1809-1865), said the following: “Before starting to judge other’s flaws, count at least ten of your own.” Philippe Destouches (1680-1754), the French dramaturg, states that “as for the faults of others, man has keen eyes”, which loosely translates to how being “aware” is much easier when the focus is on other people. Albert Einstein (1879-1955) referred that “the only thing more dangerous than ignorance is arrogance”, because there’s also unawareness regarding the lack of awareness. And the psychiatrist Augusto Cury (1958), to finish off the roll of quotes here, said that “the greatness of a man is not how much he knows, but how much he is aware that he does not know.” Because that’s precisely where we start trailblazing the way for awareness, which is kind of like saying, to the understanding of who we are in the core of our being: being aware of how much we don’t know – only knowing that we know nothing. “Lack of unawareness is an expression that demands some added explanation. Being, for instance, unaware of time, gravity, context, the consequences of one’s actions, of what is going on in one’s surroundings… this seems to refer back, at least in these examples that came up, to an idea of connection with reality, or of morality. Of rupture with the latter. When it is used as the preface for criticism, or some form of judgment, it implies a deviation between what is observed and what (ideally) should be observed. Or it refers to, more prosaically, to the relationship of a person with their external reality, as if this connection with the outside world was somehow inadequate, deficient, or damaged. Leading us to consider the possibility of being before a manifestation of alienation from reality to a certain degree, of a state of confusion, of antisocial behavior, or mental disorganization. Given this, and in benefit of an evolving sense of self-awareness, and of more identity vitality, the processes of self-awareness, psychotherapy or psychoanalysis can, when paired with commitment and strong will, greatly contribute to interior enlightenment and a better capability to love and of connecting with oneself and others (the world). While opening the way for transformation”, the psychoanalyst states.

Let’s say that one way or another, at some point, we’ll all have moments of lack of awareness that have to do, perhaps, with this self-awareness deficit. However, this leads us to another important variant, and that shouldn’t be overlooked, if the point is to avoid as much as possible the occasions when lack of awareness might be a synonym to a fatal rupture or total approximation. We’re referring to silence. “If words are silver, silence is gold”, the proverb states (as they are almost always right). Seneca cleverly revived the notion that “we have two ears and one mouth so that we can listen twice as much as we speak”. Meaning, reinstating the idea that men speak too much and listen only to what they want, how they want, in the most convenient way. A lot of unawareness would have been avoided if men subjected themselves more to silence. In a trial published on Jornal I about the lack of awareness and respect, since they both go hand in hand, the journalist José Paulo do Carmo pointed out the following: “There are still people, nonetheless, who have never understood the real value and reach of the overused word ‘freedom’, not fully knowing its limits nor its meaning, using it as a form of pretext to justify all sorts of barbarity in a world where everything I allowed to everyone. And that is the lack of awareness or of education even, that makes people forget there is someone on the other side, who also has their own rights and feelings that should be respected and considered. […] It looks like we spend our days looking for other people’s failures so that, in a strike of envy, all stones are thrown so we can feel a little better about ourselves.” And that is probably the most important thing about awareness or its absence. It’s not about disagreeing with what X person does, thinks, posts or with what Y person says. What it is really about is respect. The easiness with which one invades and destroys someone else’s life is far from being a synonym of the freedom we hold so highly – it’s petty and evil. It’s paramount that one understands that our lack of awareness might be harmful to others. To state, as so many do form the top of their “unaware” high horse of ignorance, “I’ll tell you everything that’s on my mind”, means being completely unaware – or conscious at all – of all and any impact and consequences that one has over someone else. We’re not alone and supposedly live in a society. It’s important to remember that small-huge detail. Or, as Miguel Esteves Cardoso once wrote: “For us to be aware of how much we’re worth, all we have to do is subtract what we’ve learned, what we’ve read, and what we’ve lived with others. And then see what’s left. Not much. Alone we’re nearly nothing. Only together can we become someone.” And preferably, someone highly aware.

English Version | It's my t-shirt, and I'll wear it if I want to

There was a time when wearing rock band t-shirts was a no-brainer. Anyone could do it – from the unconditional fan who anxiously awaited a concert by the group in question to buy the piece, seen as “official merchandising”, to the lady from Mancelos, who stumbled “over her sweater” at a fortnightly fair in Vila Meã. The first wore it out of love; the second, out of necessity and/or chance. That time no longer exists. But it should, we argued.

Which is like saying, that it doesn't make sense. In this list of items, more or less bizarre, unauthorized in certain parts of the globe, the first thing that seems to have been banned was awareness.

Where does love go when it comes to an end? Nobody knows. Neither science, which explains everything, nor any of us. But there is a museum that houses remains, or memories, of what were once relationships that had (almost) everything to be eternal. It's called Museum of Broken Relationships and here, all broken hearts are entitled to tell their story. 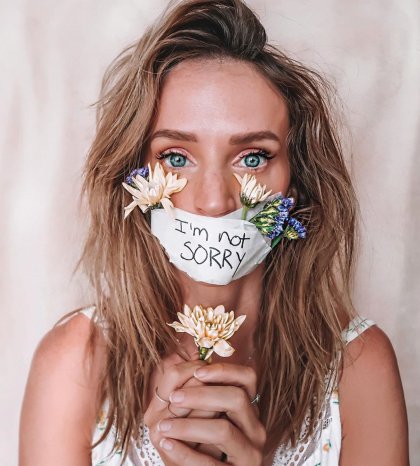 Between poses and angles, the images we see on social media are a filtered version of reality, but some are exposing them for what they really are. Vogue spoke to Danae Mercer about how important it is to change the narrative about our bodies and normalize the so called “imperfections”.