You're probably thinking about solar, wind, hydroelectric, etc., but in this case, it's completely unrelated. All really important, but for another text, for another issue, for another framework. We're discussing other types of energy: imagination and creativity. Resources that, by the way, the more we use them, the more they refine; the more they manifest, the more they feed themselves. But note this: although they are both renewable, they are not the same thing. Even if they complement each other. 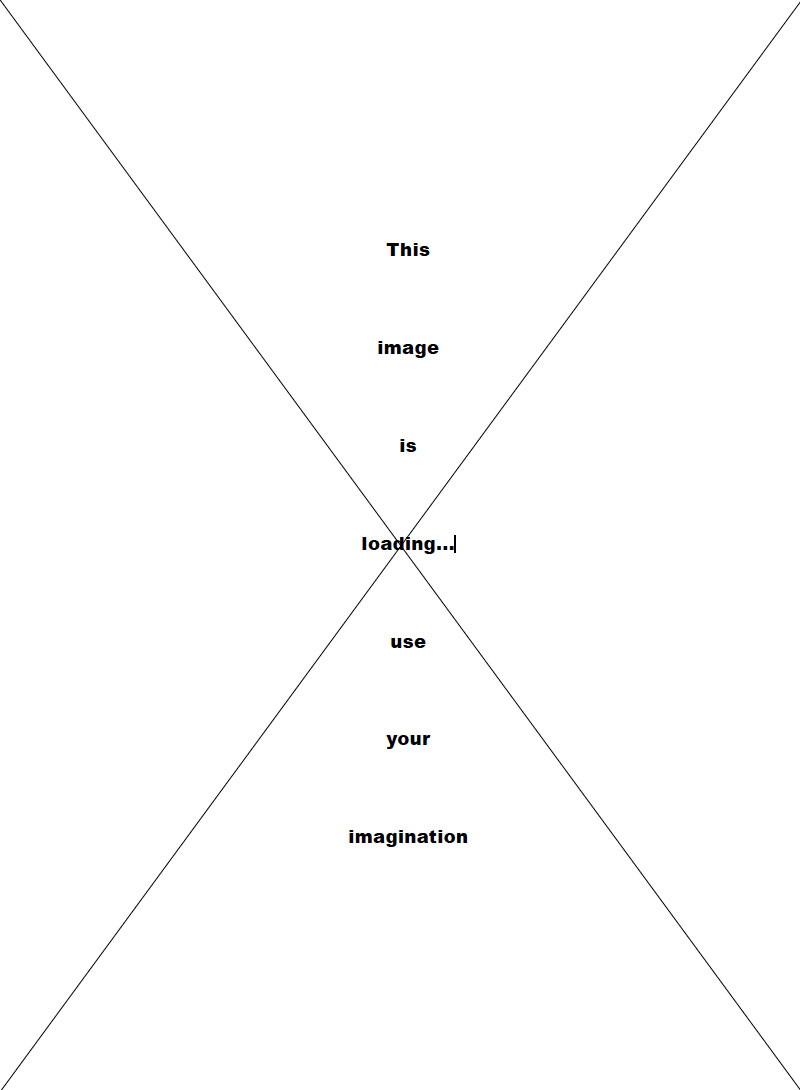 "Man dreams, work is born." The phrase taken from A Mensagem (1934), by Fernando Pessoa, (from which the beginning "God wishes" is omitted because, after all, we have an agenda here), is the ideal starting point to explain how these concepts that are not synonymous, but that complement each other, differ. In the first part, “Man dreams”, we can speak of imagination; when “work is born”, potential creativity. This is where one of the main distinctions between the two terms is established: one exists on a theoretical plane, the other on the real possibility of materializing in practice, and the first concept, as a rule, feeds the second, and the first exists on a theoretical plane because imagination allows us to travel to realms that are not translatable in real life: we can idealize mythical beings and parallel worlds, we can enter and live in a Dalí painting, we can look at a mundane object and give it another purpose in our mind. But if we don't make it palpable, as long as it has no application in reality, it does not leave the frontiers of imagination and creativity does not manifest itself - in fact, the very prefix of the word encourages creation, the act of creating. For example, right now, I am imagining this text in my head. I am writing and figuring out all the ways it can go, but as long as I continues to procrastinate and the lines are not written to see it through, creativity (debatable) does not happen.

“Creative activity aims to do something purposeful. The imagination is something that emerges. While creativity works towards products that exist in the real world and have real-world purpose, the product of the imagination is the 'imagined object'; it is the image itself. That image comes with meaning, but any purpose it contains is that which one to rise from it as it intersects with other cognitive processes.” Ann Pendleton Jullian, architect, and John Seely Brown, man of Science, Physics, Mathematics and Technology, are the authors of the book Pragmatic Imagination: Single from Design Unbound, which addresses the distinction between the two terms and from where the previous excerpt and the one that follows are from: “It is precisely because the imagination is given permission to play without pragmatic intent that it finds connections between things that are not obvious or easy. It finds correspondences that the reasoning mind might never seeI might find unlikely. It plays with boundaries. It lets thoughts and partial thoughts jump fences. While not purposeful by intent, or pragmatic by nature, it is precisely this kind of activity that has a pragmatic possibility in a world that is rapidly changing and radically contingent”. Imagination does not have a purpose, but it can help to achieve purposes, especially those that cannot be achieved in an obvious way. Imagination allows us to foster creativity so that we can get around dated formulas or that do not meet objectives, that do not work. It is called “thinking outside the box” to arrive at new results and new processes - preferably, better results and better progress.

“I never made one of my discoveries through the process of rational thinking,” admitted Albert Einstein, a scientist who also said that “imagination is more important than knowledge. Knowledge is limited. Imagination encircles the world. ” Imagination is fantasy but it is this fantasy that is, at the same time, gasoline for creativity, because it impels the human being to think differently and, consequently, to create differently - it was Pablo Picasso that said that “the chief enemy of creativity is common sense ", lines corroborated by Friedrich Nietzsche, who advocated that "one must still have chaos in oneself to give birth to a dancing star", a metaphor for, as mentioned above, breaking barriers in order to go beyond what is known.

IMAGINATION IS FANTASY BUT IT IS THIS FANTASY THAT IS, AT THE SAME TIME, FUEL FOR CREATIVITY, BECAUSE IT PUSHES THE HUMAN BEING TO THINKING DIFFERENTLY AND, THEREFORE, CREATING DIFFERENTLY.

This imagination, which exists in the dimension of impossibilities and improbabilities, is central to feeding also the experimental imagination that, looking for reverberation in reality, gives way to creativity. The experimental imagination is a purposeful imagination, the purpose of which is not only to exist, but also to allow something new and original to exist and happen. Sir Ken Robinson (1950-2020) was an international writer, speaker and consultant for NGOs and various organizatios in the arts, and he best addressed this difference between imagination and creativity in his book Out of our Minds: Learning to be Creative (2011): “Imagination is the source of our creativity, but imagination and creativity are not the same. Imagination is the ability to bring to mind something that is not present for our senses. We can imagine things that exist or things that don't exist at all. […] It is the first gift of human conscience. In imagination, we managed to get out of the here and now. We can revisit and review the past. We can have a different perspective on the present when we put ourselves in the minds of others: we can try to see with their eyes and feel with their hearts. And in the imagination we can anticipate many possible futures. We may not be able to predict the future, but by acting on the ideas produced in our imagination, we can help to create it. Imagination frees us from our immediate circumstances and holds the constant possibility of transforming the present. ”

This is where creativity comes in, as the next step of the imagination. “Imagination can be a process completely deprived of internal awareness. […] The private imaginary may not have any results in the world at all. Creativity does. Being creative means doing something ”, defends the author. He continues: “Calling someone creative suggests that that person is actively producing something deliberately. People are not creative in the abstract; they are creative in something: in mathematics, in engineering, in writing, in music, in business, whatever. Creativity involves putting your imagination to work. In a way, creativity is imagination applied. ” It is, but it is also more than just being able to exist in reality: creativity is not just the possibility of doing, it is not just the possibility of achieving. It is the potential realization with a difference, with some degree of innovation, “it is the process of having original ideas that bring value”, to quote Sir Ken once again. It is also here that creativity and imagination overlap: creativity can be the fruit of imagination, or the realization of imagination, and it must be born not as a copy, but as an original.

This is not to say that (all) creativity is the invention of something new - it is just a new way of doing something, seeing something or reinventing an existing product. It is an innovation in the sense that it does things differently, but it does not necessarily have to be an invention - not least because, according to Mark Twain, “there is no such thing as a new idea. We simply take a series of old ideas and put them in a kind of mental kaleidoscope ”, in reference to the fact that we are always inspired by something previously existing to take the next step, to widen the boundaries that constrain us. And creativity can be creativity simply because it gives us a new feeling, because it surprises us in a positive way: a painting that enchants us, a magazine cover that moves us, a product presented in a different way, but that are not necessarily “new”. And they still have their degree of innovation, by being surprising. It is interesting, however, to underline that imagination, creativity, and innovation are a distinct triad, but one that relates with one another. The Priberam dictionary says that imagination is the “faculty with which the spirit creates images, representations, fantasies” - underline fantasy -, because to imagine is to be able to see the impossible or the unreal. Creativity makes use of imagination to unleash the potential of existing ideas to create new ideas and added value, it is the ability to imagine new concepts or products that are useful for society, both in functional and emotional terms. Innovation, in turn, is a process through which value is created and presented to a community in the form of a new solution, it is looking at something and finding a way to improve it, using both imagination and creativity. “Innovation is applied creativity. By definition, innovation is always about introducing something new, or improved, or both, and it is usually assumed to be positive. ” Thus, according to Sir Ken, since creativity is the result of applied imagination and innovation is the result of applied creativity, the three concepts are interconnected, but they are not synonymous with each other. What distinguishes them is the framing of purpose that we attribute to them: the focus of the imagination touches on impossibility; creativity in the potential of the possibility that only gains real contours when explored; and the focus of innovation is the realization of the possibilities listed as hypotheses by creativity, making something happen or something new. Therefore, creativity exists in the realization, but it also exists while the realization is a mere possible idea. Imagination exists even when none of the representations we dream and think is reflected in the dimension of the possible. George Bernard Shaw has a good phrase for this: “Imagination is at the beginning of creation. Imagine what you want, manifest what you imagine and, at least, create what you want ”. In short, all of our ideas have creative possibilities, even if they need to be filed to be conceived and implemented in the real world.

With so many quotes and references, it seems that everyone has something to say about the imagination. But that is because everyone can think whatever they want about the definition of imagination. And that is the good thing about the imagination. But just because you think about it, it doesn't make it true, real and, even less, creative. Only when you express these ideas in a way that adds value, and that is tangible and original, is your creativity exposed. If you present the concept in a totally new way, as an added value and real applicability, then you are innovating. For example, this text was conceived and implemented in order to add new values, even if it is just to et to know a list of famous phrases that serve as mantras for life. In a word, it was written trying to make use of the imagination that fed the (debatable) creativity and generated some sort of innovation (in knowledge) within 12 thousand characters, more or less. Above all, it tried to create some logical reasoning in this attempt to distinguish, distance and, at the same time, bring together, these two constantly confused terms - imagination and creativity -, but which feed each other, as renewable energies that they are. But if logic failed, worry not: “Logic will take you from point A to B. Imagination will take you everywhere.” Thank you, Albert Einstein.

*Originally published on Vogue Portugal's The Creativity issue, from march 2021.
Full credits on the print version.