English Version | Between the lines, behind the curtains

Love is beautiful. One can generalize this particular concept to their will: love really is beautiful. It so happens that love is not always idyllic, pacific, passive in ostentation. Sometimes, love is, due to the strength of circumstances, more discrete. Other times it is forced to be kept a secret. And often, too many times, it is forbidden and needs to be kept undercovers. Only even in those cases, love leaves traces. And because they are beautiful traces – beautiful because they’re hints of love – we keep them as inspiration. 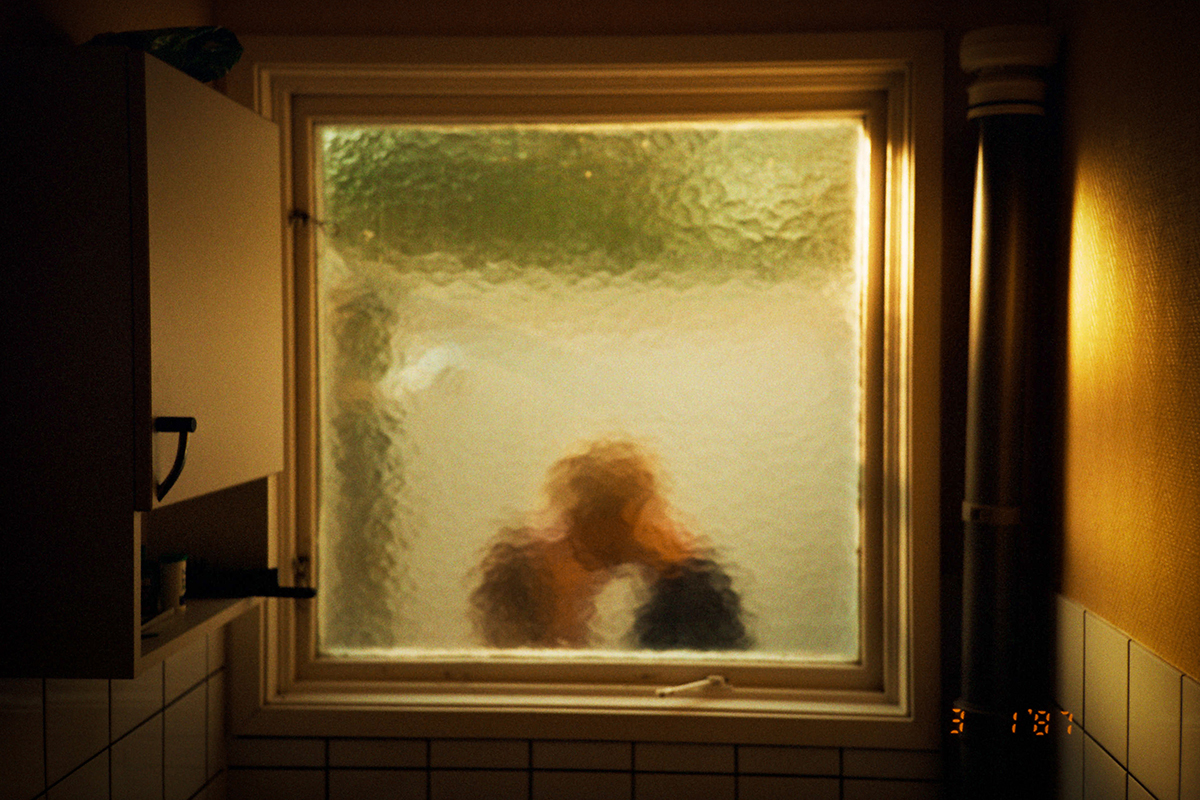 “To own a Susan of my own Is of itself a Bliss — Whatever Realm I forfeit, Lord, Continue me in this!”

And so Emily Dickinson wrote, in a letter to Susan Gilbert, her beloved, her lover, the love of her life. There were numerous letters and poems that Dickinson dedicated to Gilbert throughout her life. Attempting to translate the poem is pointless – I’ll be damned if I ever touch or damage Emily Dickinson’s poetry -, but we can give you the general gist, which is somewhat simple: to Emily, having a Susan is the source of all perfect happiness; despite how high and heavy the price is, may “God keep her on this path”. And what price would that be, to what realm of punishment was the poet referring to? Taking into consideration how Emily and Susan met in the summer of 1850 – when Susan Gilbert came into the Dickinson’s lives she immediately crushed the hearts of both Emily and her brother, Austin -, it’s not hard to infer that the price to pay would be social denial, the obligation to love in secrecy, the need to keep this great love in the dark. And the dark could not have been greater: Susan Gilbert ended up adopting Dickinson as her surname, yes – but only after marrying Austin, Emily’s brother. Susan, described as the “most gracious woman in all of Occidental Massachusetts”, was a mathematician. She became a teacher even. To Emily Dickinson, she was always a “woman of science”, when she wasn’t portrayed as the personification of science in many of the poet’s books, “Best Witchcraft is Geometry”, as she put it. Emily openly assumed, in a way, her love for Susan in many passages of her work. “Sue”, “Susie” and mathematical references, to geometry, to sciences, appear amidst her poems, even if almost always under a vail of platonic love – Emily even compared her love for Susan as the one of Dante’s for Beatriz. There’s a lot that we know about the life of Emily Dickinson due to the discovery of 1750 poems, found by their family after she died, in 1886. The poet would keep correspondence not only with other writers – but also with Kate Scott Anthon, with whom she exchanged infatuated letters. However, “We are the only poets”, she would write to Susan, “and everyone else is prose.”

It was Vita Sackville-West who wrote these words of outflow, of revelation and devotion that had Virginia Woolf in the receiving end, in 1926. Sackville-West was a renowned novelist, though she hadn’t reached Woolf’s level. They both lived an intense affair during the roaring 20s. Though they were both married to men, they exchanged, between them, hundreds of poetic letters. The love between Vita and Virginia might have been at the inception of Orlando (1928), one of Woolf’s most acclaimed pieces. The author herself admits to it in a diary entry: “The balance between truth and phantasy must be careful, it is based on Vita”. In 2018, Chanya Button directed Vita & Virginia, a movie that wasn’t that much-praised besides the somewhat detailed portrait of the relationship between the two writers. This portrait, however, allows for a better contextualization and understanding of this love story. Virginia Woolf, an all-time lover of the arts and literature, would become a central figure in the artistic and literary resume of what was known as the Bloomsbury Group. After marrying Leonard Woolf in 1912, a writer and left-wing activist, Virginia would then meet Sackville-West at a party in 1922. The attraction between Vita and Virginia was immediate – Woolf’s powerful intellect and eloquence left an indelible mark on the young woman (Sackville-West was ten years younger than Woolf). Contrary to Virginia Woolf, whose personal life (and marriage) were more reserved, Vita Sackville-West, who came from British aristocratic families, had already caused a scandal back in 1917, after fleeing to continental Europe – and being brought back to England afterward – more than once with her lover at the time, Violet Trefusis. Vita and Violet spent two years doing this. Then, after 1922, when Vita met Virginia, she would write immediately to her husband: “I simply adore Virginia Woolf, and you would love her too. […] You’d fall head over heels over her charm and personality.” The relationship between Vita and Virginia might not have been the most discrete of all forbidden relationships. Despite being married, and although they found themselves in a rather conservative context, both writers lived a love described as of the flesh and sexual, meaning, going way beyond the lover letters they addressed one another. They both assumed their relationship publicly, nonetheless, keeping their marriages intact (brief note on Virginia Woolf’s marriage: the writer would even leave a loving note to her husband and companion before drowning herself, with rocks on her pockets, on the waters of river Ouse, in 1941). In the United Kingdom, during the last century’s 20s, homosexuality between men or women was forbidden, but regarding relationships between women, there was no legislation. Notwithstanding in 1921 some legislators had intentions to pass a bill against “sexual acts of blunt indecency”, that law didn’t get approved because they feared it would incite women to explore homosexuality. Indifferent to all of this, with or without laws, Vita and Virginia lived an intense passion and sincere love that ended up shaping both their lives.

It’s not easy for me to step into someone else’s shoes in these cases. As a straight-cisgender-male, I’ve accepted all that mother-nature has given me and what the patriarchal social dynamic has sold me, I have nothing to contest or feel sorry for (well, actually, mother nature could have made me a little taller and a little prettier, but that’s another subject entirely). Love – love stories -, that phenomenon disguised as romance under an idyllic crust of beauty, passion, ravishment, tenderness, well, a full array of diverse characteristics that are easy to name because they’re out in the open – that is, when things go well -, but that doesn’t always correspond to its “packaging” when it’s put in practice. The thing is, there’s a lot of invisible love, and I’m not talking about the figurative cliché that replicates Camões and his “love is a fire that burns unseen” way beyond what’s acceptable. I’m referring concretely to love that can’t be seen – because it’s hidden, because it’s lived amidst the underground tunnels of day to day life, behind the curtains, taking shelter, imbedded in the peace of secrecy, in the comfort of places that are kept away from anyone’s sight. Forbidden love – these forbidden love stories -, the one that stays as an outsider, as an outcast – it can be where the finest of poetries is born, where rebellion reveals itself with all its liveliness, making us dream with what isn’t replicated, with what remains limitless and unbounded, what makes us unique, the one that leaves with throbbing temples and sweaty palms. But if that is the way love like that works, why forbid it, for what reason? Before it was forbidden to forbid, it was forbidden to love. If May 1968 came – many years after Emily Dickinson and nearly three decades after the death of Virginia Woolf – opening doors to the path of love and sexuality, what was left behind was a one-way street where any detour was precisely that, a deviation. Despite every setback and injustice, we witness these days, we live in privileged times where anyone can – or should be able to if everyone respected the laws and freedom of others – express their love, affection, and passion for whomever they love. If nowadays marriage between two people of the same sex is allowed in many occidental countries, it wasn’t that long ago that those same countries looked at these unions as a crime to the eyes of the law. Let’s get a grip on the fact that half a century ago, or maybe a little longer, the fight for their right to get married was something these unconventional couples couldn’t see not even in their wildest dreams; their wish was solely not to get arrested for loving someone other than opposite-sex individuals, as the law commanded. In the United Kingdom of Virginia Woolf and Vita Sackville-West, England and Wales were decriminalizing homosexuality in 1967; in the United States, Massachusetts, the state where Emily Dickinson was born and raised, decriminalized homosexuality in 1974. Going beyond the law, there was and still is a social stigma on these matters, one that dictates the need to go into hiding, kissing, and caressing in secret, behind the curtains.

It is forbidden to forbid

Margaret Mead got married three times, to three different men. She loved her last husband deeply, the anthropologist Gregory Bateson, with whom she had a daughter. And yet, the longest relationship the world’s most renowned anthropologist had was with a woman, also an anthropologist (of popular culture), Ruth Benedict, Mead’s mentor at the University of Columbia – who was 14 years older than her. They both maintained a passionate relationship for about a quarter of a century. Margaret Mead was born at the dawn of the XX century, in 1901. In 1925, she sailed to Samoa, starting a journey that would have originated her seminal treated for all future social understanding, Coming of Age in Samoa: A Psychological Study of Primitive Youth for Western Civilization. On the fourth day of her trip to Samoa, she wrote to Ruth: “Ruth, dear heart […] Five of your letters– and, oh, I hope you are able to feel me near you as you’ve made me feel rested in your sweet and soft embrace.” The passionate letter proceeds devoted and poetic. Margaret’s letters to Ruth, published in To Cherish the Life of the World: Selected Letters of Margaret Mead, are of such beauty and demonstrate such an immense passion that they’re often compared to the correspondence and dedications exchanged between Henry Miller e Anaïs Nin – another love rather forbidden or, at the very least, unconventional -, Oscar Wilde and Lord Alfred “Bosie” Douglas, or, of course, Virginia Woolf and Vita Sackville-West. Margaret Mead was, at that time of her trip, married to her first husband – with whom she kept an agreement, extraordinary at the time, that would allow them to carry fieldwork away from each other for long periods, hence why she managed to cultivate her feelings for Ruth -, and argued that “one is capable of loving many people” and that “those demonstrations of affection revealed themselves in different types of relationships.” Her vision of society, sexuality, and love served as a base and inspiration for many ideas that came to life during – and after – May of 1968. Despite having been married and collecting many different romantic partners throughout their lives, Margaret and Ruth maintained their relationship - “the permanence of companionship”, was how Margaret described their lasting connection – up until Benedict’s sudden death, of heart attack, in 1948. In one of her last letters to Ruth, Margaret would write: “I love you forever and always comprehend the desert my life could have been without you.”