A face rid of wrinkles. Of spots, blemishes, dark circles. But also of lines and (un)recognizable features. Given the number of apps that exist to perfect the face and body in order to make them into a social media worthy image, have we lost our individuality along the way? 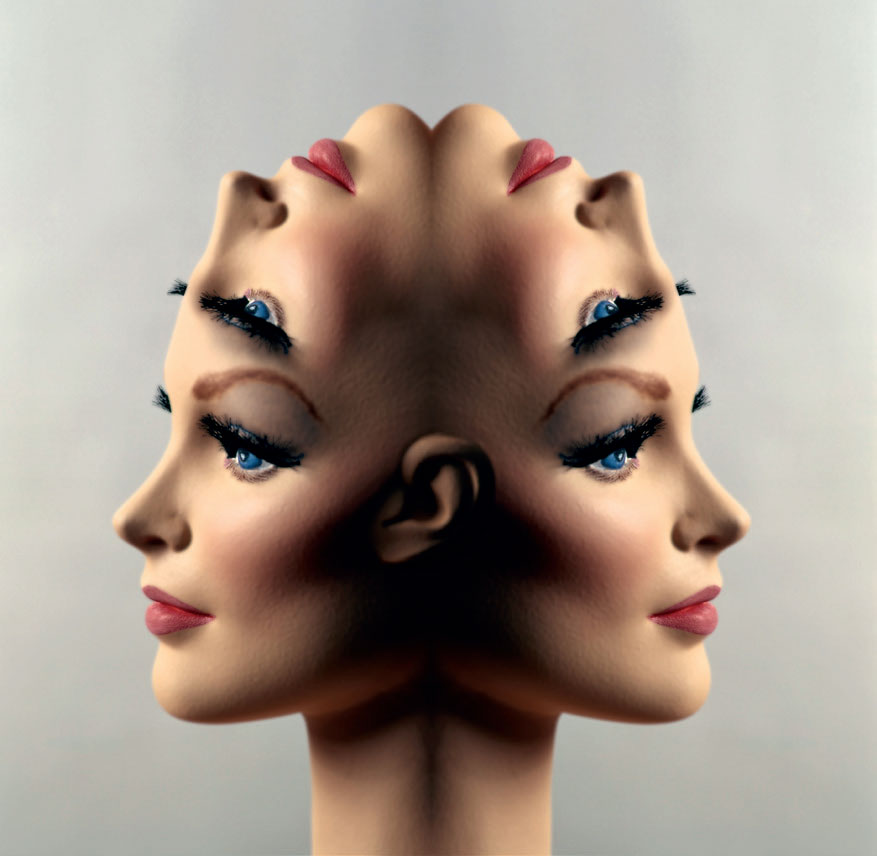 A while ago I grabbed lunch with a friend I hadn’t seen in almost a year. I got so used to watching her immaculate skin on selfies and stories on Instagram, that, in my mind, her image got slowly stolen away by this refined version of her face and body. It became all I could picture her as. The way I saw it, at that moment, Gertrude (fictional name) was exactly like that persona with an @ before her IG handle in real life. And on the day before our lunch date, there she was, on her 15 seconds of #ootd: the irreprehensible look verging on casual, but sophisticated, that pseudo-natural facelift, the silhouette that seemed to comply with every challenge nutrition has ever posed. However, when I met her for our ladies who lunch date, I realize she had aged a decade in about 24 hours. She was still gorgeous, the coolest girl I knew, fit and healthy, but she was a different person: she had wrinkles – the kind that life gives you, those that feed on wisdom – instead of pulled looking skin, typical of exaggerated photoshop, and she also had a prettier, more special face (wider, almost rectangular, characteristic of those people with a rare beauty that we can distinguish from all others among the crowd). It wasn’t perfect, it was natural. Plus, in all her imperfection, she was so much more attractive. Far, far away from that Instagramable avatar. “I woke up like this”? Truth was, she hadn’t even gone to bed like that.

In a world where it is believed that each person takes approximately 25 thousand selfies in their lifetime, it doesn’t come as a shock that the emergency of apps like Facetune has standardized somewhat of a beauty ideal – or, at the very least, some idea of perfecting. In 2017, this app that cleans up the alleged “imperfections” and even slims you down, augments your cup size, elongates and perfects, was the most profitable app in the entire Apple Store and, in 2018, about 20 million users had it one click away on their smartphone. Promoted by its easiness to use, as a low-cost dummy-proof photoshop tool that seems like an extension of our hand (commonly said, smartphone) and endorsed by influencers in every corner of the globe – namely the Kardashians, that were at the height of their fame when the app got released -, it made it easier for everyone to have bigger eyes, fuller lips, more defined jawlines and snatched cheekbones, all whilst downsizing waistlines and elongating legs as if a Manga character had been brought into every single one of our feeds. Suddenly, we were able to become our most perfect self – except our most perfect self is no longer us, but an idea of visual perfection that society taught us to idolize, underlined by all the people we follow that perpetuate it. Suddenly, our appearance-oriented persona grew apart from the reflection we see in the mirror and, at the same time as we deal with an increase in self-confidence (brief and empty, always in search of the next like-induced adrenaline shot, forever incapable of providing steady satisfaction), we also deal with the crushing expectations of corresponding in real life, and in society, to our digital identity. This gives birth to a bunch of anxieties and syndromes related to body acceptance, frequently talked about and widely well-known, as the syndrome of body dysmorphia, under which you believe you’ll never fulfill the (supposed) silhouette ideals. We don’t accept the (alleged) “errors” in our body, because accepting them would be acknowledging some sort of handicap of our personal success. Only that the body’s “errors” are fabricated by our mind, they are not imperfections, they’re insecurities; perfection is a non-universal concept – what is perfect for me might not be perfect for Gertrude, and it isn’t, I found her live version way more interesting, while she still feels the need to mask her natural features -, therefore, trying to fulfill those ideals is unrealistic since perfection isn’t exactly consensual.

Does this mean you shouldn’t use those apps? No. Like everything else in life, moderation is key. If it makes you feel better to “clean up” that acne that won’t disappear in spite of every treatment, that’s ok – after all, we also go to the dermatologist to get it fixed. Removing those dark circles? Either through Photowonder or Airbrush, it’s pretty much the same as applying some digital concealer. In the end, even Fashion magazines improve the lighting and shading of images in post-production. When the light doesn’t cooperate, we take on the app’s highlight bar. To improve our looks with the touch of blush coloring the cheeks might even be a boost to our self-esteem. And if you make use of an app to distort and exaggerate you image, owning it, as a fun way of keeping the aesthetics on your feed, and not to portray an “improved” version of yourself, then it is fulfilling its role: to entertain, to help, to act as a tool, just like really well-done contouring would. Once you step into the reign of self-annulment just to achieve some ideal of beauty that has been forced upon you though, the discussion on how you deal with it is open: does it bother you? Does it dominate your lifestyle? Does it determine your behavior, your mood for the day? If it is just a tool like any other on your screen, then using it is nothing but an extension of your entertaining freedom.

But then again, maybe instead of dwelling in apps that allegedly perfect you, accustoming you to look at an immaculate version of yourself, the better option would be to embrace our fine lines, smiles and love handles, and realize that the followers’ reactions would be even greater – and way more honest. Shifting mentalities is imperative when talking about facetuning apps, in order to make them more of a resource to improve the photo as a whole, instead of to design our best “version”. Your best version is the one you work for in real life. Which doesn’t mean we should ostracize these types of “toys”. If you feel like it’s easy for you to be tempted to exaggerate, you can always take the old school route of facetuning: go analogical. If you prefer, start by downloading apps with filters that are similar to the analogical ones. Back then, the grainy development would take away from the HD that today seems to put all our insecurities under a microscope, and the old school final result is always a social media favorite. “Cameras” like Retrica or Huji play with light, shadow and color, generating a filter as natural as the time they emulate as if those dark circles didn’t even exist back in the 80s and 90s. This is always a good option for a feed that immortalizes memories instead of perpetuating insecurity. Facetune will always be fair game, as long as it is used with moderation and stays far away from parallel psyche related issues. There’s nothing wrong with wanting to put on a little digital makeup after a bad night’s sleep with the help of a filter. I do it too. But if we could accept ourselves just as we are, “errors” and all, yes, that would be perfect.