A body in movement sets itself free of what is weighing it down and, simultaneously, communicates without saying a word – the body doesn’t lie. Through dance, life becomes lighter and those who dance find themselves: again, and again, as many times as they need. 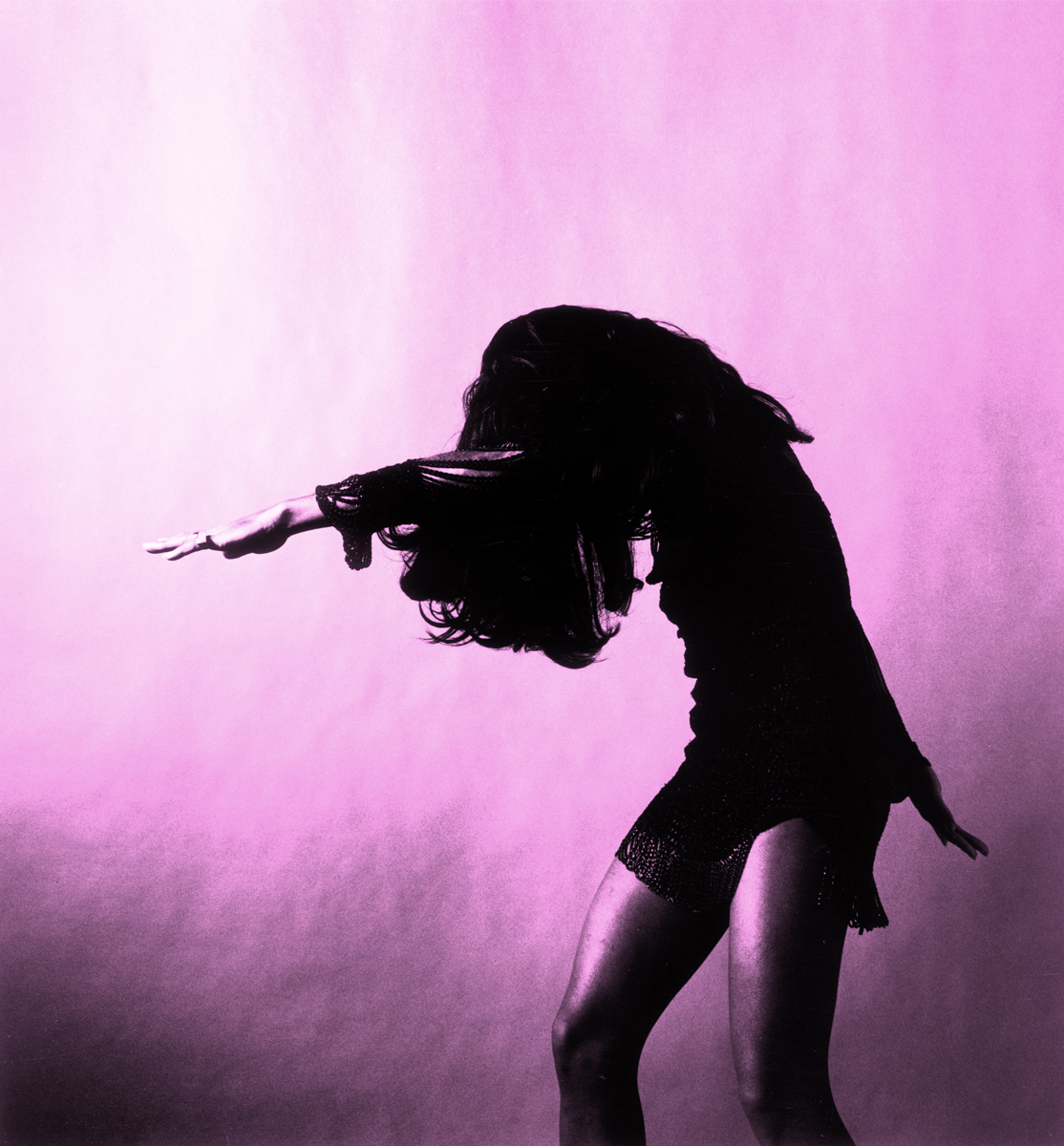 In a not-so-far-away reality, when life happened in a more real and palpable universe, contrary to the digital we now know, the world knew by heart what it meant to dace. TikTok did not come along to teach us anything new about the verb dancing. If anything, it managed to cause some distraction, and some confusion, about the theme. We went from dancing like nobody’s watching – because, generally, they weren’t -, to everyone-please-look-at-me. The truth is that Man has been dancing since pre-history – or at least bopping. Although a bit grotesque, that’s how we defined dancing back in the day. Then came the Greeks and the Egyptians who, through dancing rituals, celebrated the divine. Regardless of the style, the history of dance has been being written for a long time, using expressive language that uses movements of the body as tools of artistic and communicative elaboration. Dance can take up many forms. There are many mornings, for example, in which, with headphones on and a broom in hand, I dedicate moves and songs to my cleaning routine. It’s a 2-in-1 that perfectly aligns the obligation of cleaning the house with the movement of the body, animating it, working it, setting it free. Dance has the magnificent power of alienating us from reality, transporting us to another ecosystem where we’re light and free. There are so many instances where dance - pure and simple – gives, or has given, sense to our life, that it would be impossible to count. Who knows, maybe even a new sense; or the same one, just felt at a different rhythm. With a little “something” of an imperious movement that we would not recognize as inevitable until executed.

Eckhart Tolle, writer and spiritual guide, recalls how “life is a dancer and we’re the dance” – its dance. We move to the beat of our own existence until we cease to move at all. To Einstein, “dancers are the athletes of God”. Yes, we are, athletes of life, dancing along with it. Many were the times that dance has offered me a free-of-charge celebration of life, but there was one instance in particular that made me want to praise dance from the rooftops. It was one of those phases in life where everything hits you at the same time – in the bad sense, evidently, because misery loves company. I found myself in the middle of a mess I couldn’t get out of that easily. The kind where letting it all go to hell seems like the best approach. But I had a ticket to a dance festival in my hand. Between either frowning or dancing, I gave in and ended up at Boom Festival. With an ocean of problems put on hold, I proceeded with nothing but one certainty: I was going to dance it all away into oblivion. During that hiatus of five days, I interrupted my own life. Dance allows for that: to put reality on standby, while we move to the cadence of the universe, waiting for it to put things in their rightful place. With my bare feet on the ground, I danced, and danced, and danced – me plus twenty thousand people, to the same beat, in perfect unison with the heartbeat of the planet – in its pulsation and vibration. As you can read on the Boom Festival’s website, on the section regarding Dance Temple, the biggest dancefloor of the festival, that’s the place where “we become one, where, through dance, we put aside our problems and fears, and connect with Mother Earth, marching to the sound of some of the most intense tribal rhythms.” Dancing offers us the chance to break free of the things that are no longer a good fit for us, of healing, of being reborn. Once the Festival was over, those problems remained intact, in the same place I had left them before; me, on the other hand, was in a better place: less linked to them and more connected to a space where not even the biggest of messes could steal away my inner peace.

Artur Mendes, a member of the board that organizes Boom, sheds light on this concept of dance as a form of therapy: “Dancing is not only a form of liberation, but also a way we can transform internally and collectively. Of becoming more aware of our bodies, of self-encounter and self-discovery. Dance allows for the exploration of non-verbal communication between oneself and others, especially in the context of a dancefloor – such as the one we have created [at Boom Festival]. The ‘logic’ is to integrate dance firstly while being in contact with nature, and then in a context where architecture and art can be very present (…). The relationship between the individual, the body, with art – in this case, music, in a natural context -, is one of the pillars of the festival and, as such, should be potentialized with the best conditions, in a way that people can dance through the lenses of transformation, whether internal and collective. And in a place that transformation can always have this weight of transformation.” The realm of dance is so colossal that it manifests way beyond the dancefloor. Its physical and mental benefits are transcendent. To dance regularly is to improve one’s general welfare, increase self-esteem, as well as social skills, cheering them on with a certain forwardness. Because it demands nothing else but one’s body and the willingness to move it, dance can be executed anytime, anywhere, at any circumstance. We don’t even need a dancefloor, which is why when the pandemic kept us away from them, other scenarios appear: whether at home, in all sorts of dance classes, the dance menu is endless. And it’s never too late to start. Pedro Ramos is a choreographer, dancer, professor, and artistic director at Ordem do O. He started to dance at 17 years old, a relatively advanced age in the context of dance: “I always loved to move my body and the foundations of movement I had were from martial arts, especially Aikido, which I did between the ages of 10 and 18.” He recalls how he found in dance a vessel capable of connecting body, art, and spirit. “It’s important to distinguish dance as a practice that provides an experience for the body, the soul, and that has no other end goal besides creating a flux of experience that, in this perspective, might be made in an isolated way or in a collective dimension in a social context; and one that relates to the performative body, within the context of performance/ show, in which the body is the vessel, the meaning and reading meant to be perceived by its spectators as to create an aesthetic experience. As a choreographer/ creator, I look at the show as a contemporary ritual of co-existing. An energetic field in which the performer acts as a mediator within the tangible world precisely through their body, as a territory intercepted by force vortexes of energy and intention. It can conceive different types of sensations depending on the music, life circumstances, the people you’re dancing with and the proposal that dance creates.”

Taking the previous quotation by Eckhart Tolle as a starting point, the question I pose to the dancer is the following: is life a dance? “Yes! Particles are dancing all around us at a microscopic level, the stars and galaxies at a macroscopic one. There is continuous equilibrium in the movement of contraction and expansion. A cosmic breathing movement where different dimensions are intertwined. Shiva (one of the main gods of the Hindu religion) is a mythological figure connected to the creation/ destruction/ renovation of the universe in an eternal dance.” Dancing should come as naturally to us as breathing. It doesn’t, however, for everyone. All in all, and although avoiding generalizations, the body is not always treated as it should. On the opposite side of one’s willingness to dance can hide a bit of embarrassment, or even incomprehension of one’s body, which generates retraction. Tamara “Cuchira” Levinson, originally from Argentina but based in Portugal, is a professional dancer and choreographer, leading the MovMEANT retreats (MovMeant.com) that have resurfaced to help understand the body without restraints: “A somatic practice where those who practice it learn how to decipher and connect with their ‘Body Talk’ (body language). It’s a one-week intensive experience that feeds from the power of meditation within the movement, a tool that has the power to change lives”, she shares with Vogue. “To dance has everything to do with connection. We’re brought into this world in movement, touching, feeling, expressing, connecting. Then we’re pushed into a world that alienates us from our instinctive paths. We’re taught that we need to learn endless hours to find success, to take care of everyone, many times denying love for ourselves. Moving our bodies brings us back home. It is the most intimate and direct way to bring us back to our true self, reminding us of [the importance] of feeling our feelings and allowing us to unapologetically recognize them. It is the healthiest thing you can do for your physical, emotional and mental well-being.” With so many things happening at all times a bit all over, the world seems too heavy for there to be dance. However, perhaps that is exactly what the world needs to add lightness to the mix. It’s urgent that we dance. That we dance always more and more. That you dance and dance, because just like the German dancer and choreographer Pina Bausch once said, “otherwise we are lost”.