In uncertain times, any decision entails a high dosage of ambiguity. That’s why, when in doubt, we turn to old companions, those immune to human failures and imprecisions that escape our control. 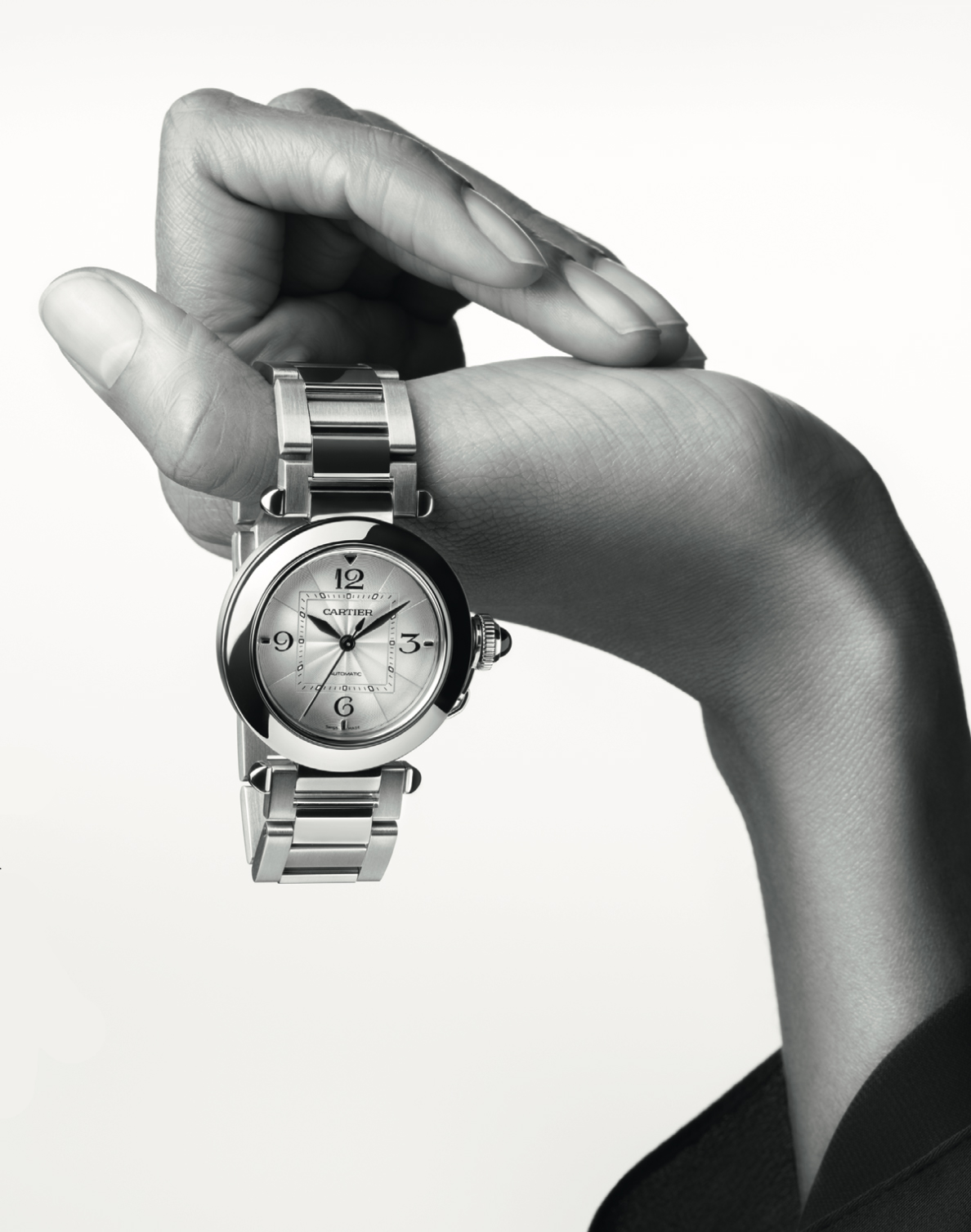 To point out time as the cause for every error is easy. An example? To say something has failed because the timing wasn’t right. However, maybe ironically, there also needs to be a time for error. As the saying goes, perfection doesn’t exist, not even if we had every hour of every clock in the world bending at our will. So, what does that leave us with? Should we explore error and not be afraid of what happens? Or should we avoid acting on it, fearing an eventual negative outcome? Time is, simultaneously, a limitation and an opportunity. Choosing to confront memories past as a learning curve can be the best way to make good use of the passage of time. And Cartier did exactly that. The brand took an intemporal classic, the Pasha de Cartier, added onto to it all the memories of its (already iconic) history, and developed a series of renovations that result in a timepiece that breathes freshness and modernity. In a time where, more than ever, each object is measured by their meaning and resilience, in the long run, the “new” Pasha de Cartier is, without a shadow of a doubt, error-proof.

If perfection did exist, it would be called Cartier. The label that most accurately represents the maximum exponent of luxury in the universe of watchmaking is an example of elegance and subtleness. Since its foundation in 1847 that the brand thrives to achieve excellency in everything it does. Their watches are no exception. Having a Pasha de Cartier on your wrist has the potential to be as much of a safe bet as it has of being an evidence of good taste. And there are investigations that prove it. A study from the College of Science and Technology of the University of Glasgow has analyzed the difference in personality traits between people who wear watches and those who don’t. The researchers concluded that those who do wear a watch on their wrist are less extrovert, but, on the other hand, are also more emotionally stable; moreover, these people present a higher level of consciousness and tend to be early for their appointments. The report also states that those who adopt a healthy lifestyle have a higher chance of buying watches for individual use. Coincidence? It appears not.

Originally created in 1985, the Pasha de Cartier has had innumerous reinventions throughout the decades, while always remaining true to the initial idea that conceived it: to be a sporty watch, but refined at the same time, two characteristics at the core of the French maison’s approach to design. This style, initially thought as a masculine piece, had a wider watch-face than usual at the time. That was the big revolution, much alike how women also surrendered to its charm and aesthetic. In less than no time, the Pasha de Cartier became one of the most sought-after watches of all time. By all genders. Fast-forward to 2020. Advertised as a unisex style, a classic is born again, as Cartier bets on the re-launch of a watch that was never really “out of fashion” to begin with. The timepiece is now customizable, with various bracelet options to serve different purposes, and that are adaptable to a multitude of occasions. The ambassadors for this piece are very well-known names with one very valuable thing in common: they don’t fear error.

It's the perfect combination of past, present and future. Or in other words, the perfect junction between Cartier’s savoir-faire, the new generation’s irreverence and the return to eternal icons. Let’s see: Rami Malek, Maisie Williams e Willow Smith are three of the most promising Hollywood stars of today. The actors are joined together under the new Pasha de Cartier campaign, that combines the boldness of youth with the exquisiteness of timelessness. They all took a chance, with no fear of failing, and the timing was, anyhow, decisive. Take Maisie Williams, who initially had no intention of becoming an actor, but a ballerina, and decided to audition for Game of Thrones because she wanted a new computer. Looking at how successful the series turned out to be, one could assume that Williams’ casting wasn’t indeed an error, but a very happy strike of fate. Willow Smith has also admitted that the acting world hasn’t brought her the best experiences, hence why she decided to turn to music, at her own risk. At the moment she states to be exploring all her possibilities and irradiates the most contagious energy. These are just a few cases of success that can attest to how time, much like error, can be tamed. Especially if our clock hands match the rhythm of a Pasha de Cartier.