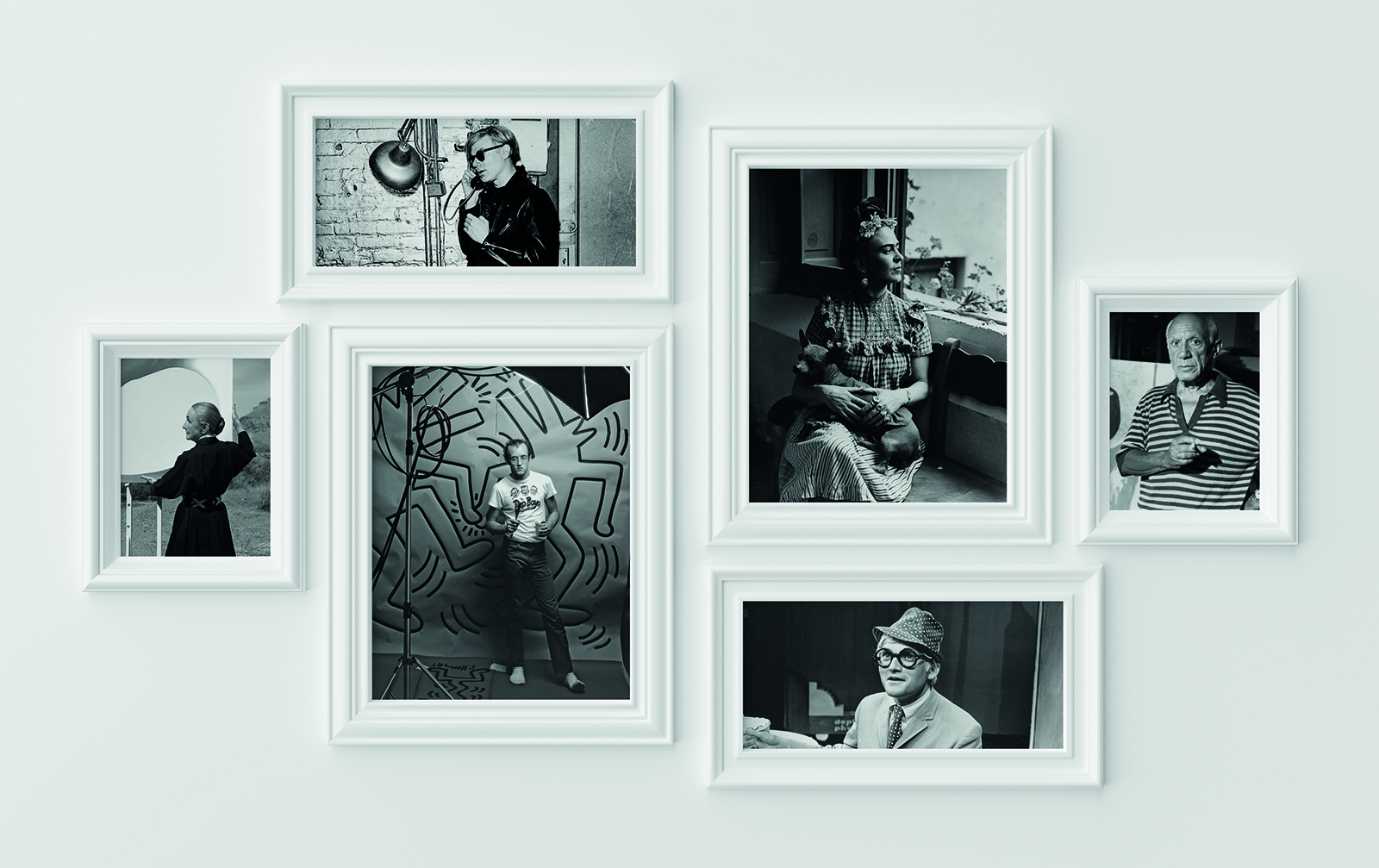 They say two is better than one, but the art world seems to confirm that, sometimes, things works better in trios rather than in doubles. Case in point. There is no Pablo Picasso without hats, Breton tops and oversized coats. There is no Andy Warhol without leather jackets, black turtlenecks and glasses, be it with clear or colored lenses. There is no David Hockney without blonde hair, rounded specs and infinite colors. There is no Frida Kahlo without androgyny, heritage and maximalism. There is no Lee Miller without masculine cut pants, trench coats and combat boots. There is no Georgia O’Keeffe without tailor made suits, long dresses and kimonos.

They say two is better than one but in fact there is no artist without a distinctive wardrobe, a signature look, an unmistakable accessory. René Magritte’s hats. Jeff Koons’ suits. Yoko Ono’s glasses. Yayoi Kusama’s hair. Each detail as revealing as a hidden stroke of paint in a portrait that we have seen countless times before, but that still carries more meaning than we ever imagined possible. Each detail as influential as any image that we keep going back to, but that still carries so much relevance, actuality and meaning. Jean-Michel Basquiat’s high and low, a mix of designer pieces, ripped jeans and sneakers that were everything but a plain canvas. Jackson Pollock’s workwear, a cycle of black and white T-shirts, Levi’s overalls and Lee jeans. Salvador Dalí’s surrealisms meets fashion, a fabulous personality with a taste for mixing the most extravagant with the most classic.

If more proof is needed that an artist style can be as impressive as a collection of art works, look no further than author Terry Newman and Legendary Artists and the Clothes They Wore (Harper Collins, 2019), a book with more than forty profiles that explores the relationship between the style of powerhouse names such as Salvador Dalí, Jackson Pollock, Piet Mondrian and Niki de Saint Phalle, their own artistic displays and the Fashion industry.

As Newman writes in the introduction of her second book (the first being the equally mesmerizing Legendary Authors and the Clothes They Wore, exploring the style of some of Literatures most preeminent figures), “it may seem a little simplistic of far-fetched to examine at through fashion – to see the clothes artists wear and the work they create as parts of a single equation. However, exploring artist’s wardrobes can yield rewarding insights into their profound means of expression”. And continues by stating that “an artist’s story can be told through the clothes they have worn” and that “the charisma of great artists is enduring. Their wardrobes, though more ephemeral, as well as their work, have been carefully scrutinized by the searching eyes of designers, and the messages they bear have been incorporated into the ever-shifting narrative of fashion”. We said that somethings work better in trios, as there is no art without an artist, and no artist without a wardrobe. But who could explain this better than Terry Newman herself? Here, the author talks to Vogue Portugal about her books, the style of legendary artists and her favorite fashion meets art moments. 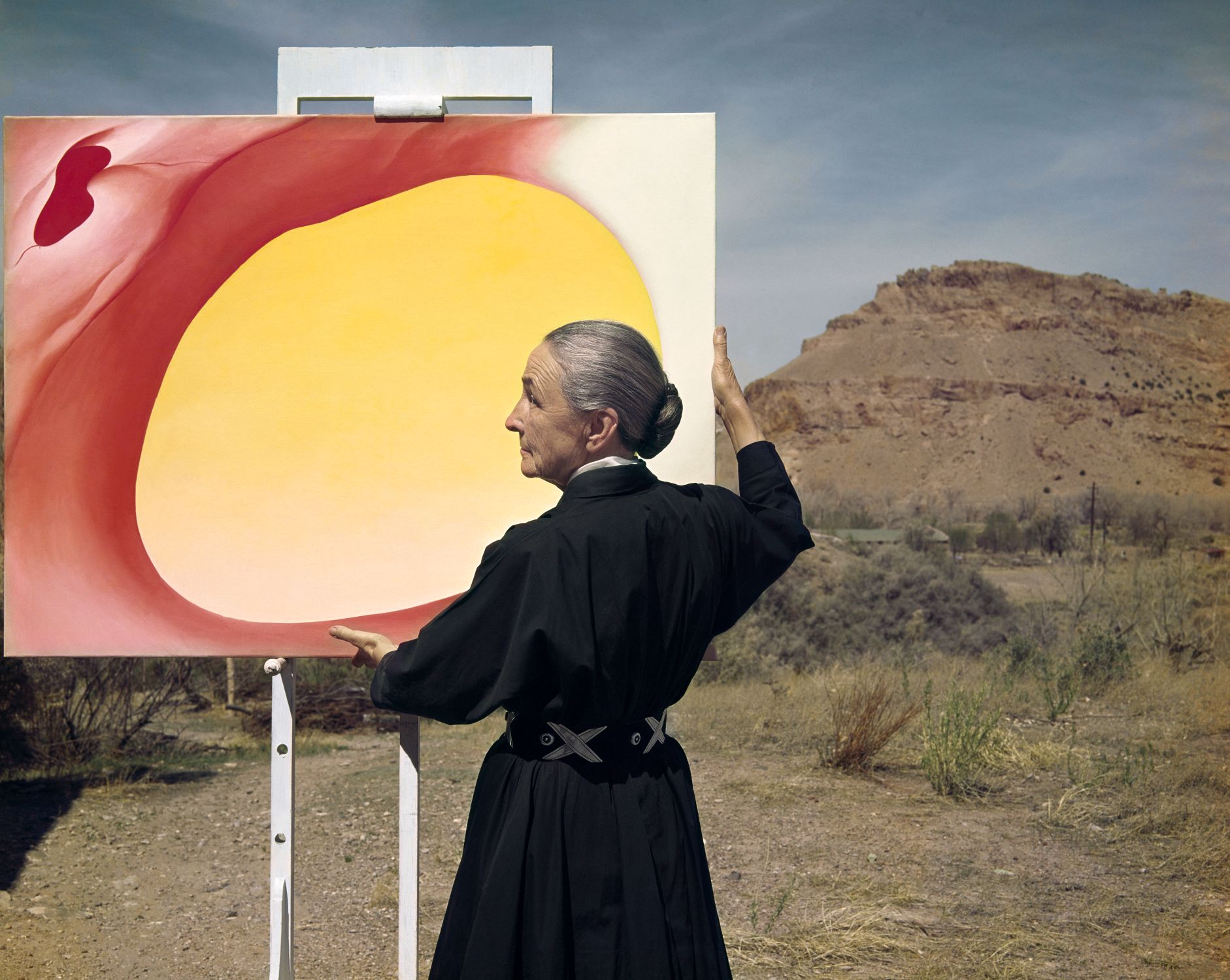 Growing up, were you influenced by the fashion sense and style of artists?

As a young girl Yoko Ono always seemed the height of esoteric chic and I contemplated her wardrobe with as much keen scrutiny as her odd and marvelous art. When I was at university in the late ‘80s I was in love with Keith Haring and Jean-Michel Basquiat’s New York world that fused hip hop, streetwear and high-fashion into their work. They were outsiders but created their own scene that took over the mainstream with both what they wore and what they made.

You worked as an editor for i-D in the 90s. How was the relationship between fashion and art at that time? And what has changed since then, if anything has changed?

i-D in the ‘90s was a special place; it was a magazine that truly championed the new and brave and photographers, fashion and models and creative people were spot-lit who didn’t usually fit in with what else was being seen in other editorials. This inclusive vision meant fashion easily fused with art – style and identity were deconstructed and merged with an artistic individuality that designers including Margiela, McQueen, Chalayan and Galliano took to the catwalk. Their collections were inspirational and visionary in many artistic ways.

I’ve always been mesmerized by personal style: for me character is bound up by what a person wears and growing up I was always into books, clothes, fashion and art, so it made huge sense to research these ideas and write a book about it all. When you look at the clothes of someone who inspires you gain extra insight into what makes them tick.

Having looked at the style of both authors and artists, what would you say sets them apart the most, fashion wise?

The idea that an artist might ‘dress the part’ whereas an author sits at home in their pajamas is something of a cliché and I wanted to explore those preconceptions and test my hypothesis that interesting people wear interesting clothes. I was a little nervous to begin with – especially as I began with Samuel Beckett with my first book and it seemed quite an audacious concept – to look at these titans of literature and art through their clothes. But it worked. I also found many links between the fashion industry and art and literature which developed my idea even further. 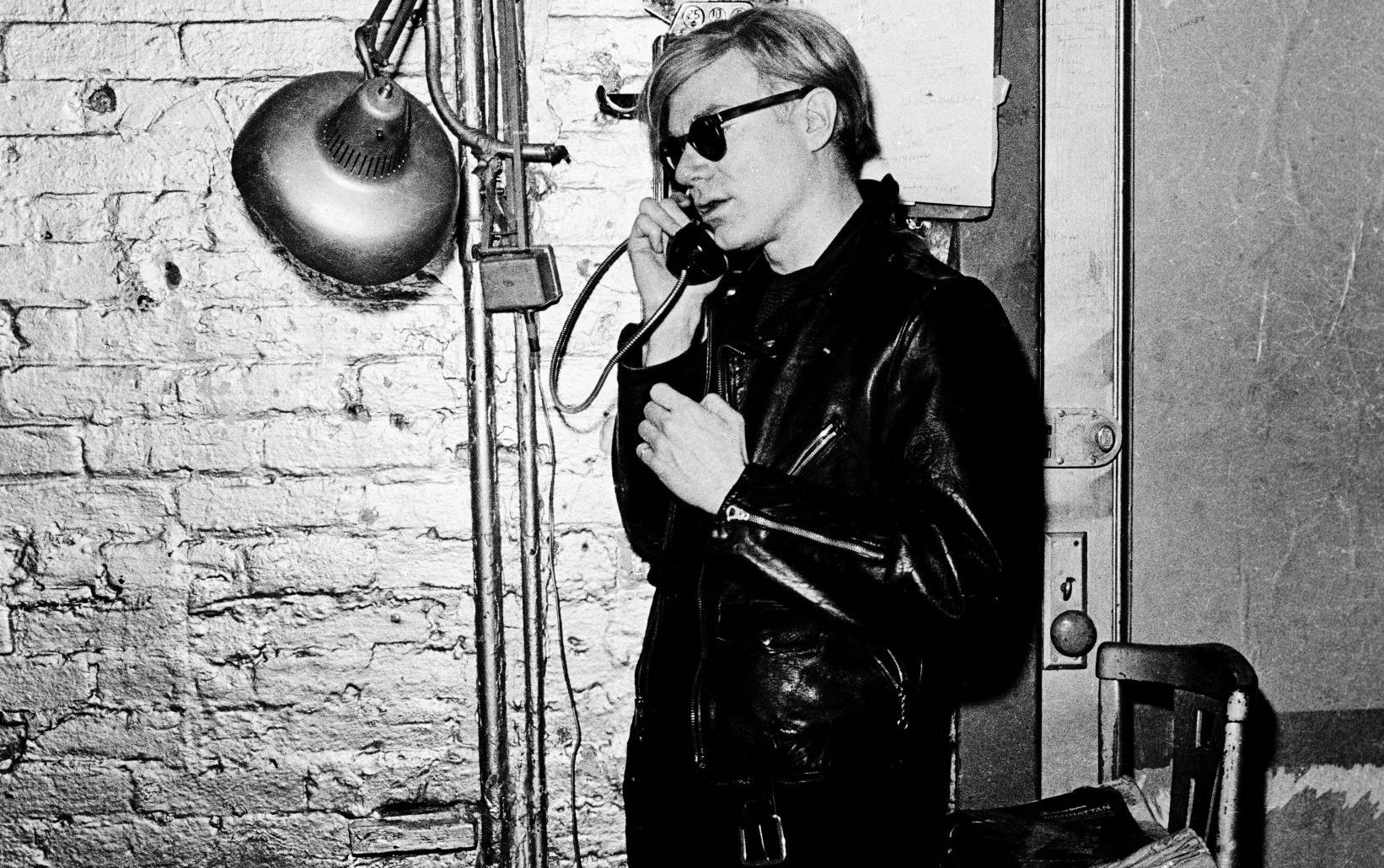 Legendary Artists and the Clothes They Wore features a number of amazing names, from Niki de Saint Phalle to Andy Warhol, Yoko Ono and Cindy Sherman. Do you have a favorite, style wise? And why?

I love them all of course but if I were to choose one it would have to be Georgia O’Keeffe as her sartorial style is exactly what I like: a little prim and severe, but practical, and a little bit utility-wise with a feminine twist.

In the introduction of Legendary Artists and the Clothes They Wore you write that “an artist’s story can be told through the clothes they have worn.” What were some of the most fascinating stories you discovered while working on this book?

I was enthralled by all the artists’ stories, each one was so compelling, for example Cindy Sherman whose work explores identity began dressing up as a child – she was the youngest of five children growing up in New Jersey and she has said she thinks her compulsion to do this came from her having to remind her parents she was there. She is a regular on the front row at Fashion Weeks now. Marina Abramovic’s attitude towards fashion today represents a complete U-turn from how she felt when she was younger. She said ‘in the 1970s when artists wore red lipstick and nail polish and anything in relation to fashion there was disgust, like you were a really bad artist.’ But after she walked the Great Wall of China she made a conscious decision to have fun and wear designer clothes. Today she has been on the front cover of more magazines than many supermodels wearing her trade-mark red lipstick and has collaborated with designers including Riccardo Tisci.

Fashion and art are both very personal, and both speak to our identities, personalities and ideas. In what ways did the style of the artists you explore in your book influence their own artistic work?

Louise Nevelson said that ‘art and life are the same things to me, and fashion is part of life. I am happy in beautiful clothes, wonderful jewelry. I am constantly creating, why should I stop with myself?’ And in my opinion the collage-like cacophony of her day to day wear mirrored the sculptures she created. Odd juxtapositions of dissimilar clothing pieces coalesced in a uniquely compelling way when she put them together and similarly the flotsam and jetsam of life she assembled in her sculptures evoke intense feelings but resonate harmoniously. 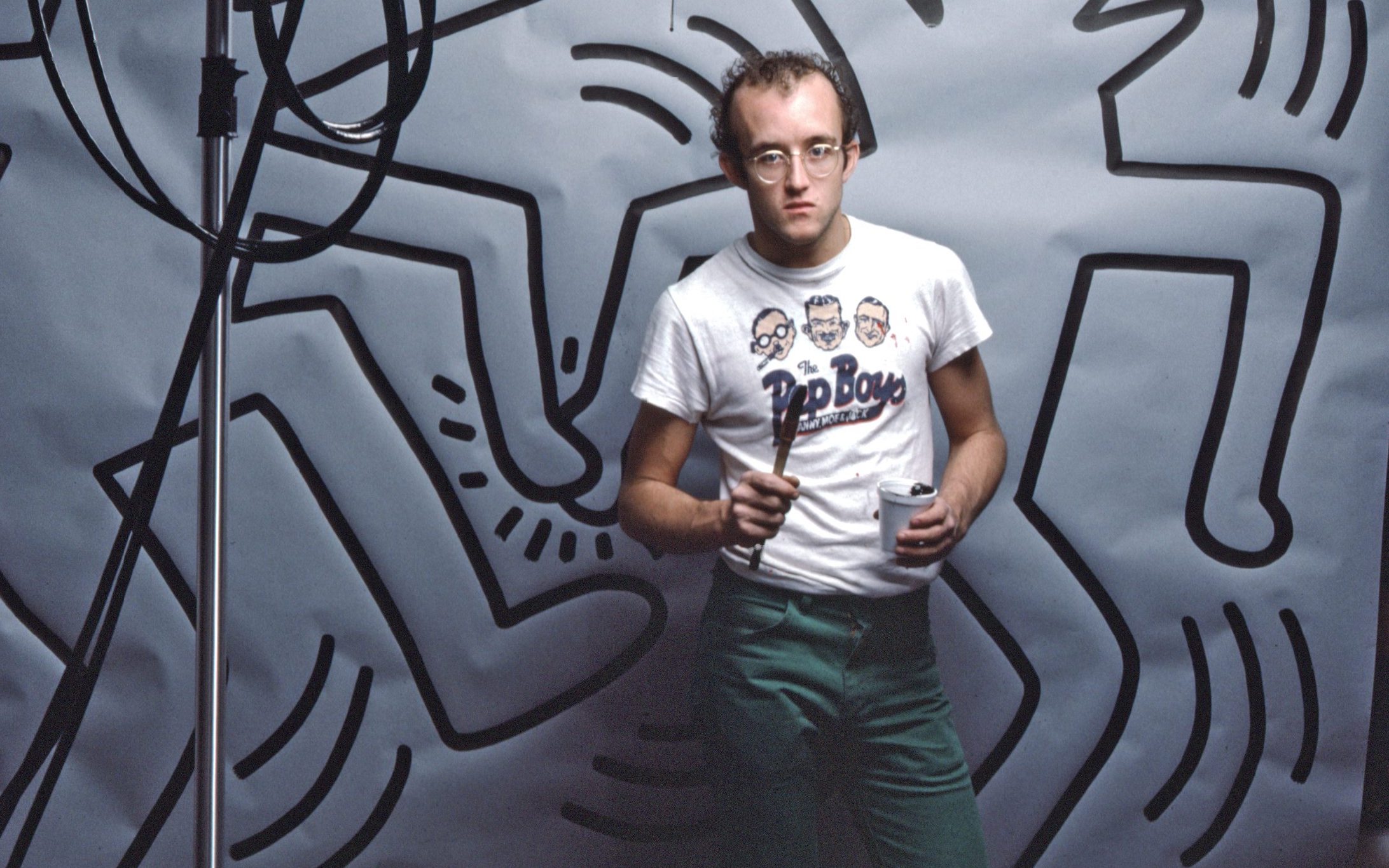 The idea of time is one that we are turning to more and more within fashion, be it with the lifetime of a garment or the sustainability of the materials used by designers and brands alike. From all the artists you looked at for your book, who would you say had the most timeless sense of style?

One of the reasons I wrote this book is to advocate the idea of timeless style and not dressing ‘on-trend’. The idea is that your personality is entwined with the clothes you wear and all of the artists in my book reflect this in some way or another. Many are still muses on mood-boards for designers today. The clothes worn by Lee Miller for example inspired a Celine by Phoebe Philo collection, and Georgia O’Keeffe has been the style engineer of past Dior by Maria Grazia Chiuri campaigns and shows. Their style endures because it was original at the time and didn’t fit in with simply the latest thing but was a mirror of their lives and interests. Frida Kahlo who is on the cover of my book encapsulates this perfectly.

Fashion has a long relationship with art and is still, to this day, influenced by art and artists alike. What would you say is the reason for this enduring fascination?

Both are creative fields expressing identity and emotion. Pierre Bergé once said: ‘fashion is not art but fashion cannot live without art’. I think this is true, but also art cannot live without fashion either. Today the empires of fashion and art stand shoulder to shoulder and produces ideas that can be quite happy bedfellows and the relationship hazes at times with stylish ingenuity - for example, Mrs Prada’s pink, neon-lit, ‘Double-Club’ installation in collaboration with the artist Carsten Holler, first shown in London in 2008. In the past it’s also merged quite organically. When the Swiss artist Meret Oppenheim met Schiaparelli in 1936 and pitched a fur bracelet for the Italian designer’s upcoming winter collection, this spurred her on to coat a cup and saucer in animal skin creating her most famous work: ‘Le Dejeuner en fourrure’.

What are some of your favorite fashion meets art moments, and why?

My constant favorites are always almost something to do with Yves Saint Laurent’s work for the sheer beauty – for example, he adored Matisse and paid homage to the 1940 painting ‘La Blouse Roumaine’ recreating the model’s shirt identically in the ‘80s and showing it with a matching sapphire blue velvet skirt as in the portrait. I also love the Matisse cut-out inspired 2012-13 Comme des Garçons ready-to-wear show because it looks so simple yet Avant Garde and daring at the same time. The Jackson-Pollock-esque finale of Alexander McQueen’s spring 1999 show where Shalom Harlow’s dress was splattered in paint by robots as she spun on a platform was a unique art meets fashion, one of a kind moment. I was lucky enough to have an almost front row seat for that and will never forget how dazzling it was to watch.