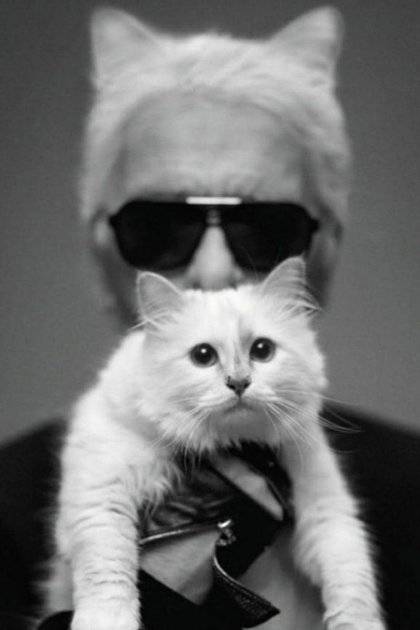 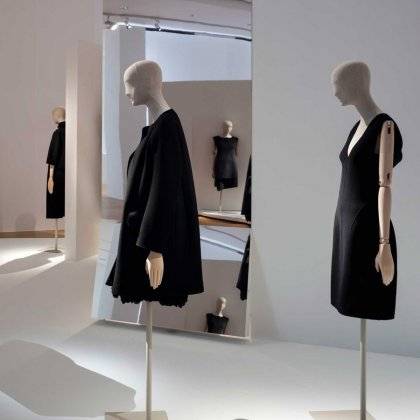 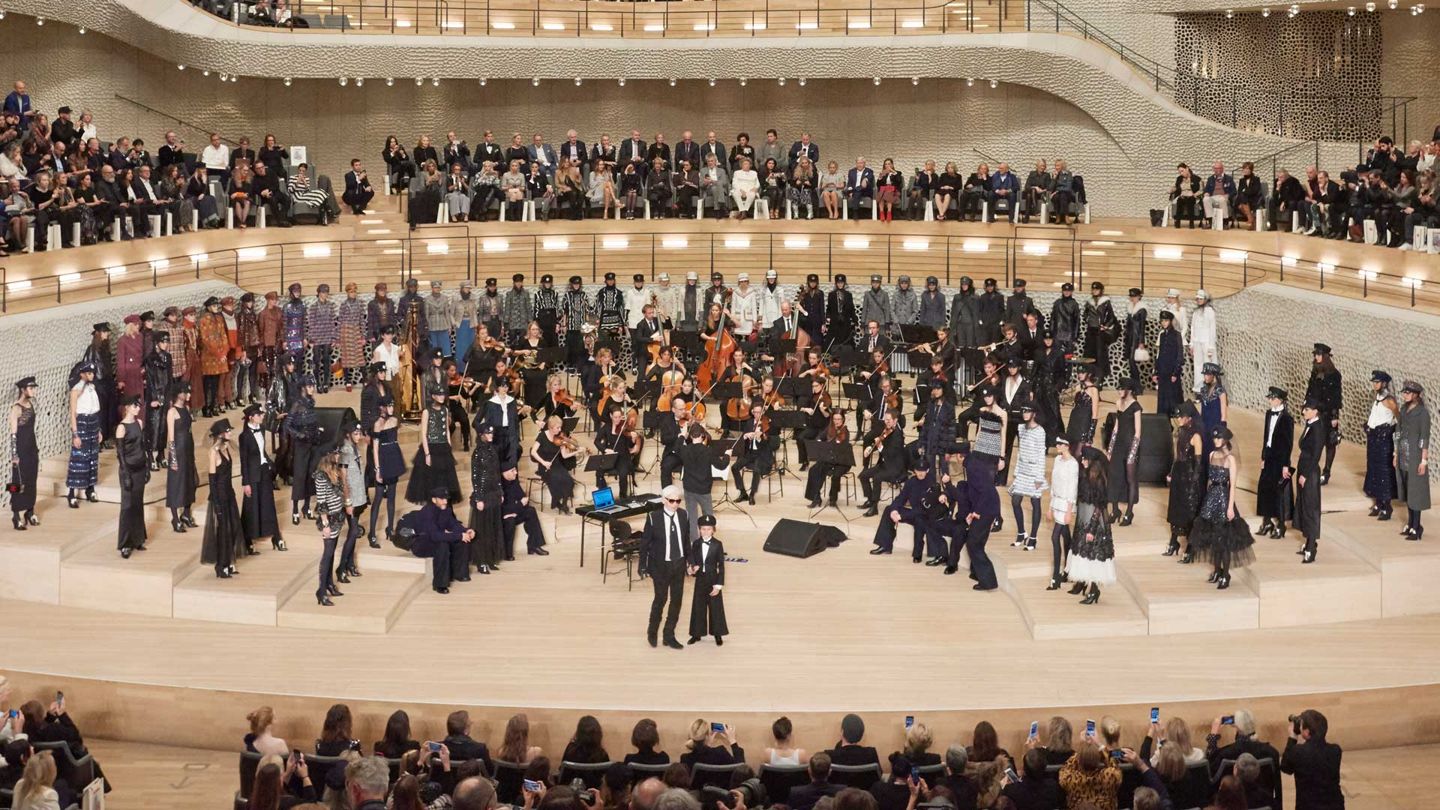 With their jaunty caps, naval jackets and seafaring sweaters, Chanel’s sailors and their sweethearts descended the levels of Hamburg’s modernist concert hall, as if from a ship’s deck to its saloon.

As the live orchestra stole the stage, German model Anna Ewers navigated the musical instruments in a thick sweater and thigh-high knitted socks, ending in perky shoes fastened with a bow. She was followed by more of the crew, from men in flared trousers to Karl Lagerfeld’s godson Hudson Kroenig with a container-shaped bag slung across his shoulders.

But the subtle, stylish and modern collection that Karl showed on his return to Hamburg, his place of birth, was more than an emotional moment for the designer. It was also a brandishing of Chanel’s secret weapon: the 'Métiers d’Art', or artisanal craftsmanship, which Chanel first presented in 2002.

And that army of hand workers is about to expand dramatically, according to Bruno Pavlovsky, President of Fashion at Chanel. The encouragement of artistic workmanship that was started by Coco Chanel back in the 1950s and supported by the couture house since the turn of the new millennium, is growing into an enormous enterprise.

In early 2020, Chanel will move all of its specialist staff to a triplex of buildings in Aubervilliers, a Parisian suburb that Pavlovsky says is in full redevelopment. Serving not only the mothership but also an increasing range of other fashion brands, the project is named ‘Paraffection’, or ‘with love’. But what once seemed like an attempt to rescue the dying old houses of handwork has turned into a factory of fingers.

Barrie Scottish knitwear is yet another source of woollen design. And, altogether, Chanel has acquired 22 ateliers since 2002. They will now be housed in the new premises – a green garden with three modernist buildings designed by award-winning architect Rudy Ricciotti.

It is against this expanding background of craft as high fashion that Karl Lagerfeld’s approach to the Métiers d’Art project is so crucial. He treats it with a couture spirit.

The designer explained the process of his inspiration, which started with the ship-shaped Elbphilharmonie on the waterfront in Hamburg.

“I like the idea of the city; it’s beside me yet at the same time it does not influence my life – but it exists,” Karl says. “Madame Chanel herself may have gone to Berlin, but never to Hamburg. I chose Hamburg because of the concert hall. I think it is the most interesting new building in Europe in terms of design, and that Herzog & de Meuron (the Swiss architects) are geniuses.” 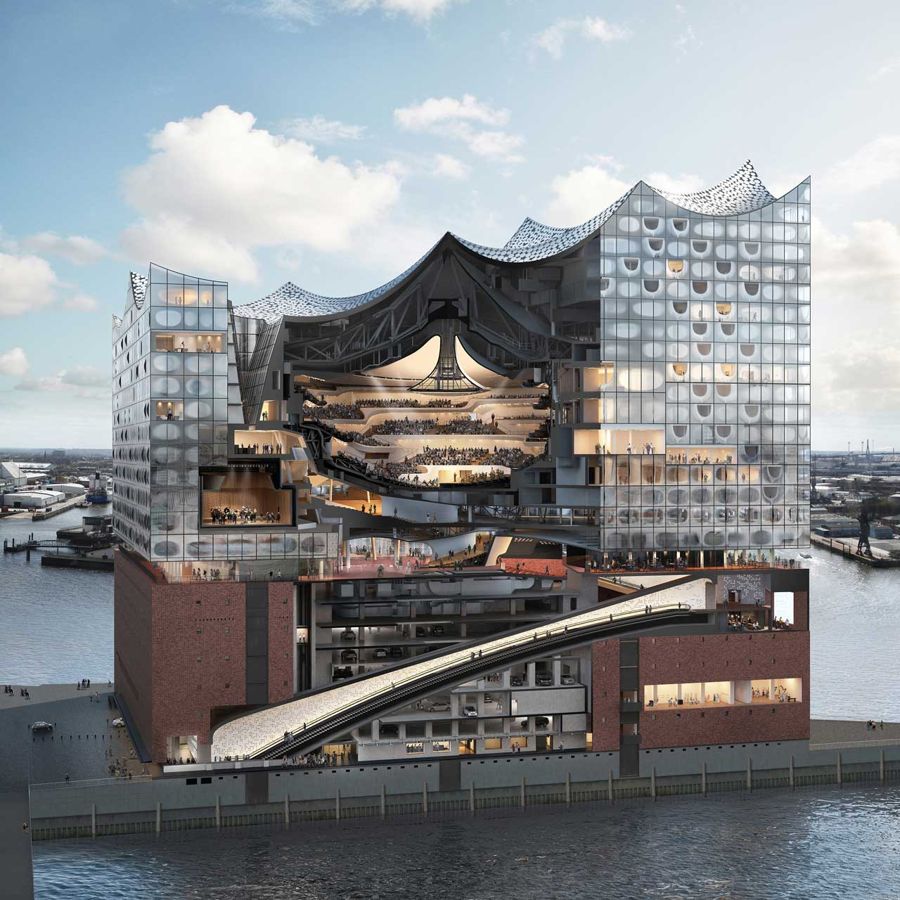 After the long climb by elevator and stairs inside the Elbphilharmonie, the effect was of an enormous space where most of the audience looked down on the stage. The Resonanz chamber orchestra was led by conductor Oliver Coates, who began to play the cello as the models appeared on the high horizon.

As they descended the winding stairways, the details were as subtle as they were dynamic: buttons glinting on a shapely double-breasted coat; silken sailing ropes worked into the collar and wrists for a Coco Chanel look; more ropes in snow-white stitching on a sweater worn with a skirt in the finest chiffon; and calf-length culottes and thigh-high woollen leg-warmers leading to persistently pretty shoes with silver lace bows.

The “Oh, so casual!” details were so subtly woven in to the designs that the lights glistening in the nocturnal waters of the harbour were reflected in the sequins glinting on the fabric. The meld of high fashion and hearty Hamburg fun, with an after-party in the city’s fish market, was summed up on stage by the silk chiffon veils that created a soft cloud around the jaunty sailor hats.

For all his enthusiasm for the industrial docks of today’s Hamburg, Karl never abandoned Chanel’s essence of French couture, showing the streamlined cut of a tailored trouser suit on a female model as well as on young Hudson.

A standout look was a white cotton trouser suit melting into frills at the neck, wrists and ankles. The few bright and breezy colours may have been taken from container ships, but they appeared as feathers used like tactile stripes on a simple dress.

With the knowledge of Chanel’s new development in Aubervilliers, this Métiers d’Art show could have been seen as much as an ode by Karl to his Parisian couture house as to the city of Hamburg, which he left more than 60 years ago.

As in the slogan that French President Emmanuel Macron used for his political campaign, Chanel is “En Marche!” Or, as the English language has it, “On the move”.